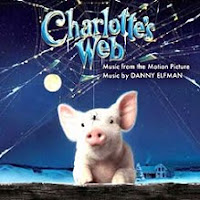 With free movies this month I thought it would be nice for Rachel to see the new "Charlotte's Web" movie. Nana has given her the animated film, but Rachel was really excited to see how they would get the animals to "act". 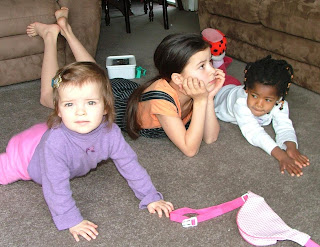 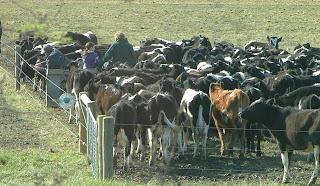 Thankfully the movie was finished in time for Rachel to join the owners again. I think this will be a regular Saturday "appointment" for her.
She has named two of the cows. Chocolate is in this photo (the light brown one) and the other named cow is Fire - who is a deep reddish brown. 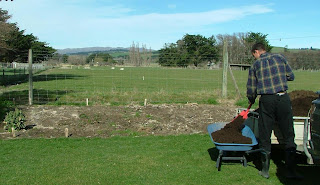 Time to offload that compost. Brendon had a headache yesterday though and headed for bed right after dinner last night. So I suggested I take over with the offloading and he could do some weeding - as long as he took it easy. 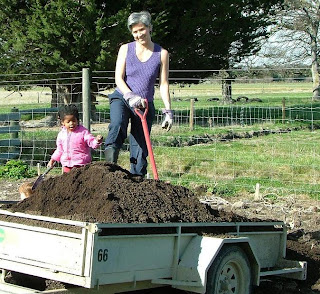 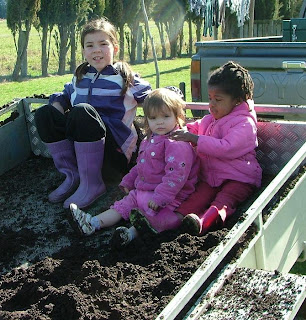 It took me less than an hour to get it all off. By this stage Rachel was back and joined in. The girls thought it was lovely soft sand to play in. It does not smell at all - so it did not worry us much. 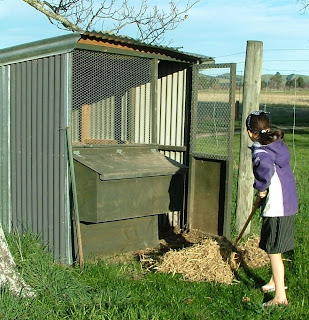 Rachel then got the chook house cleaned out and ready. Unfortunately they are not here today - that was the original plan. But it won't be long now. 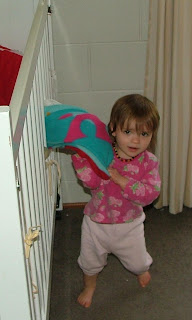 This afternoon Brendon went to see what Hannah was moaning about and this is what he found. It's something the rest of us are quite used to by now. She regularly fetches her blankets from the room.

This however was a first for all of us. Dad did take the one blanket out, but she obviously wanted the second one as well. And her climbing skills are developing rather well. This makes me wonder if that "big bed" is going to be needed sooner than expected. 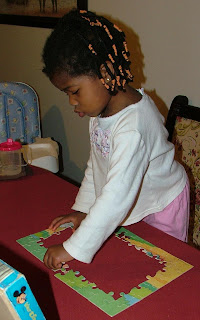 Rachel also collected a new puzzle from the library on Thursday - so this is already Ruth's second build. It's a 60 piece and a bit harder than her Winnie the Pooh one, so I insisted that she build the frame first.

Hannah has so enjoyed learning to make this sound. Here her and Dad are having a very funny conversation.

Labels: Garden, Movies, Our 3 girls, Puzzles, These make me smile