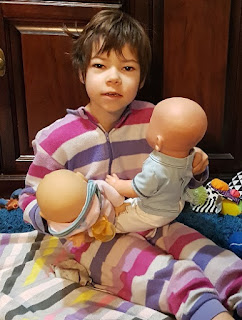 Friday 5th: Asher enjoyed playing with these babies this morning when she got up. She doesn't play with dolls often, so it was very special to see. 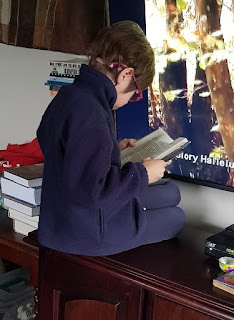 Asher doing things her funny way. I walked in to see her up on the side board. We were given some books that I need to find space for on the bookshelf. While they sit there they have become an interest to her. It's so funny to see her sitting with a book, pretending to read. We have stopped the climbing, but she enjoyed the books for a few weeks. :-) 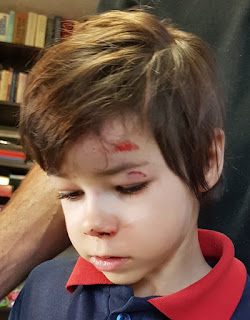 Monday 8th: Asher had a bad fall with a seizure today as it hit her while she was running on concrete. 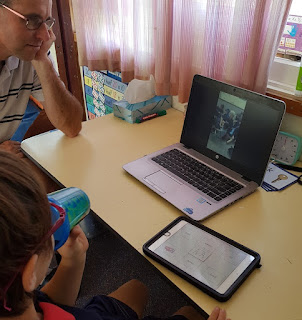 Tuesday 9th: The school put so much effort into Asher's "student led conference" today. While the other children showed their parents what they have been doing, they had prepared a video for us to watch of some of the things Asher has been doing at school. She enjoyed watching it too. 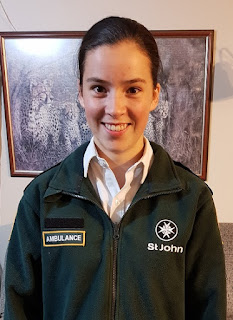 Rachel was thrilled today to get a St John jacket to use until her full uniform arrives (it's been ordered). Now that she is 18 she is able to volunteer on the Ambulance. 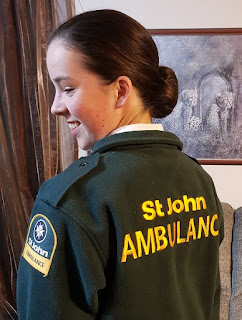 This is something she has been looking forward to for so many years now. So a very special time.

Her 18th birthday photos will go on their own post.

Wed 10th: The beautiful sunrise this morning. Today marks the start of this year's Casa Fest - hosted by our school this year. 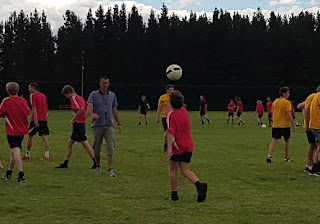 Brendon was able to help with reffing the soccer games. He does so love soccer - so this was really nice for him to do. If only we had gotten his name on sooner, he would have been able to ref the squash games too (that would have been nice).
I got these photos after picking the children up from school (we just drove past to have a quick look). I didn't manage to get any photos of Ruth's involvement. She was again part of our school's team - which is really special for her. She hopes to be in the team each year through high school. 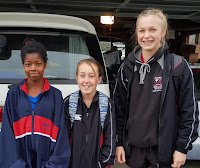 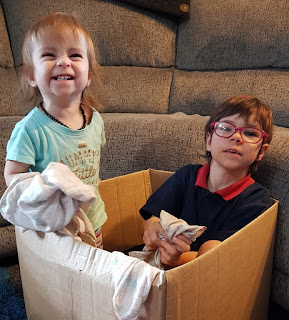 We "billeted" two girls for the festival. Ruth was really pleased to be able to do this.
Boxes are always fun. 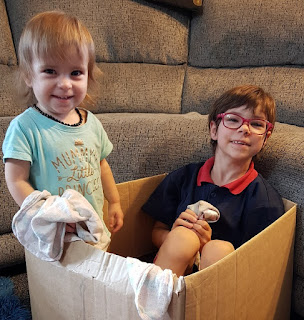 Managed to get both smiling in this photo. 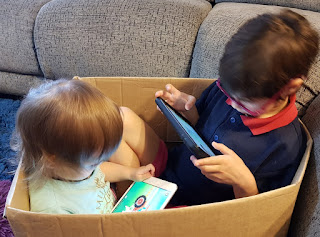 And once I had left them alone, they both got iPads to play on. It was so cute watching them have this special time together. Asher does have a habit of watching what Anastasia is doing though, and often "helps" (even if it's not asked for). 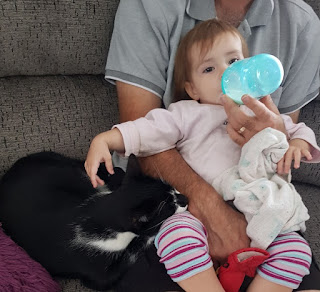 Thursday 11th: Anakin giving Anastasia a bit of a cuddle while she had her milk this afternoon. He is such a special cat. 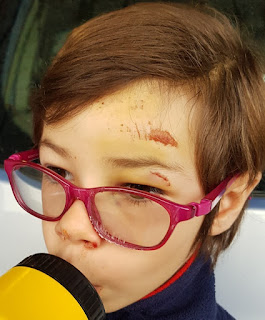 Asher's bruise is showing up a lot now. The photo doesn't even show how dark it was. It was a real bad knock (even bigger than what it first appeared with just the areas of broken skin). 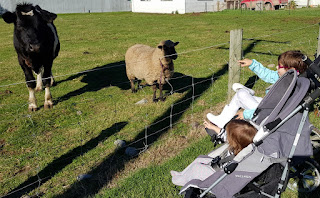 Saturday 13th: Enjoying a walk with these two. They always like to stop and say hi to the animals. 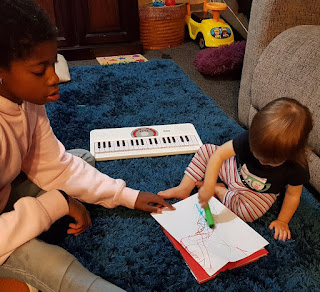 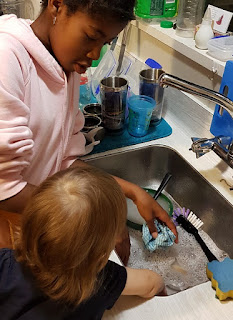 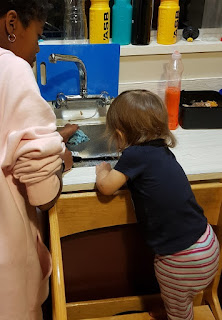 Then she decided to let her do some dishes.
Ruth is so good with creating games and activities.