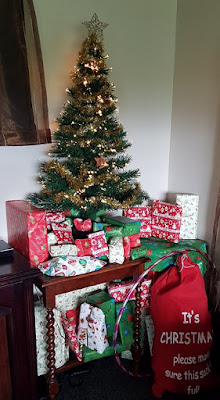 Sunday 23rd. I was so excited about a couple of presents that I was the one that suggested we open presents on the eve of Christmas eve this year. :-) It was amazing how many presents we had under the tree this year. The children have all been doing extra jobs over the last weeks and so had fun being able to buy presents for each other this year. 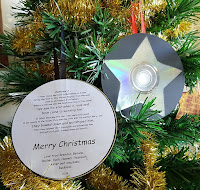 I also forgot to post a picture of this year's Christmas card / decoration. We ended up making over 260 of them. At least there is a photo for those family in South Africa to see. We did post some to you, but alas, most of them never arrived. Looking back, I should have sent them all to Gillian in London, and she could have given them to Michelle when she visited. 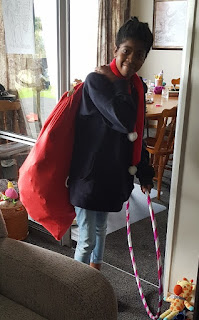 They would have been late for Christmas, but at least they would have arrived. :-)
Ruth didn't hesitate in bringing presents through. She just loves giving gifts and so she was thrilled with how many there were this year. 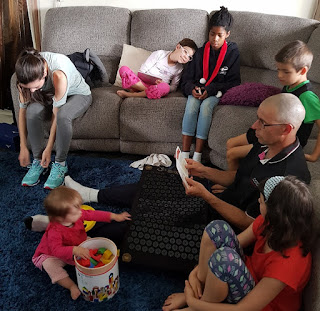 The most exciting present for me to see opened was Rachel's running shoes. How often are you able to fit and try shoes for someone else. With us having the exact same size feet, I could pick ones perfectly for her. She was thrilled - and so was I.
I found the gift that she then bought for Dad - a Shakti mat. It's been one of the best every presents bought and is used so much. 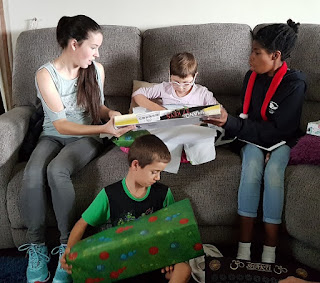 Asher opening the little keyboard she got at the party earlier this month (that we just put aside for her to open today). 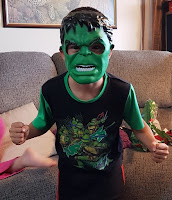 Hezekiah loved all the masks he got from Nana and his sisters. Anastasia actually loves this mask the most. She is not afraid of them at all but just loves the scary face on this one. :-) 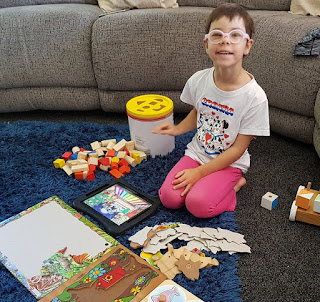 Monday 24th: Anastasia got that big bucket of blocks which Asher is loving too.

Just look how flexible she is. 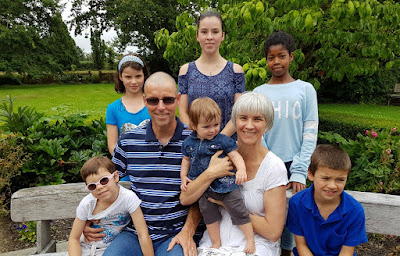 Tuesday 25th: We were thankful for the invite for lunch today, and that we had the courage to attempt it with the younger two. It was great to take the opportunity to get a new family photo too. Afterwards I realized we should have switched Ruth and Hannah around (and Ruth forgot to take her jersey off as she had a darker blue top underneath). It was tricky getting everyone smiling, but nice to at least have one with us all in. 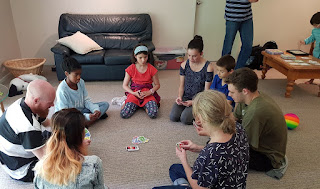 A wonderful lunch and fun games. Asher enjoyed her toy bag and iPad but when she got tired of that (and wanted to leave) we put her in her buggy and she lasted for over an hour more - so that was great. Hezekiah and Hannah ended up staying longer and then spending the night at friends - so that was a nice treat for them too. 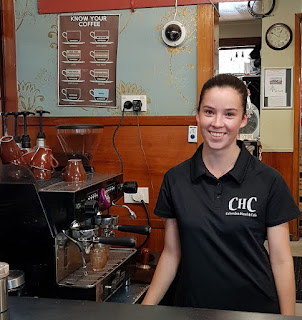 Wednesday 26th: Was great to be able to head to the Culverden Hotel and Cafe this afternoon to enjoy a coffee made by Rachel. It was nice to be able to get to see where she works. She has a lot of shifts through the holidays which has been great for her. 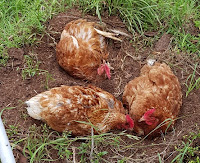 Working in the garden this afternoon it was fun to watch the chooks enjoy a sand bath.

Was really fun to watch. 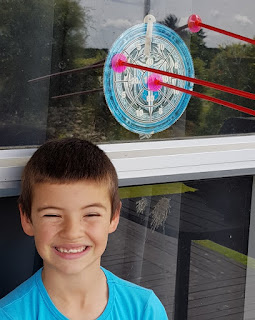 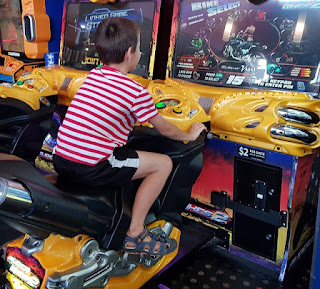 Friday 28th: Rachel had to get her eyes checked for the Police Application because she has worn glasses in the last 10 years (even though it was only for a year or two when she was quite young). So we made the most of the trip into town and watched a movie together. What a treat. It helped that the children had extra pocket money to help pay for the tickets as it gets rather expensive if you are more than just 2 or 3.
They enjoyed some of the rides before the show. 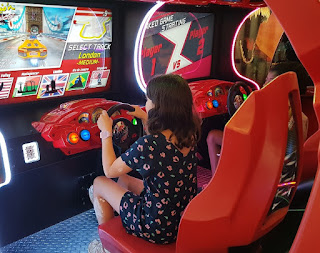 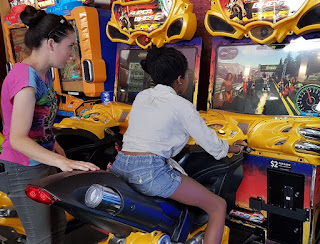 It was a special time and I'm thankfully for the carer who watched the younger two so we could enjoy this time together. 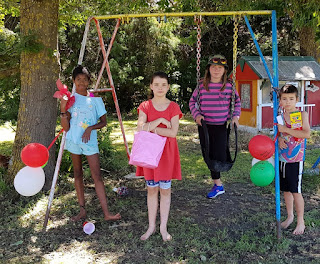 Saturday 29th: They had so much fun outside today. 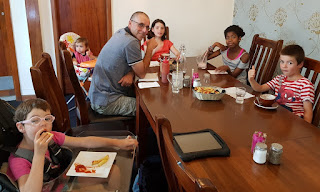 This evening we decided to surprise Rachel and come during her evening shift for some chips and hot chocolates. It was nice for the children to all get to see where she is working too. :-)