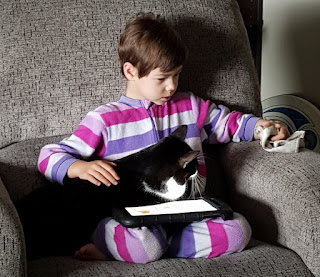 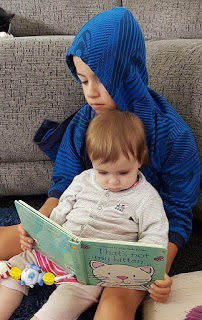 Such a great big brother to sit and read with Anastasia. 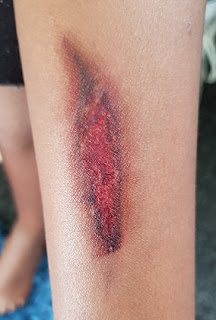 Although I am constantly asking Ruth to please not draw on herself, she has now taken it to a new level. This is her wound creation. I really don't like pen on their skin, but this is incredibly well done. It looks terribly painful - but is just ink. 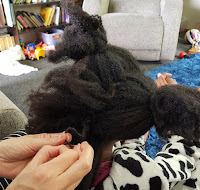 Almost done getting all the braids undone. 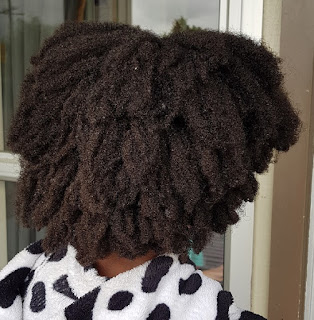 Ruth's hair without any braids. She is not mad about her afro and doesn't like having it loose (that's the reason we only have a photo from behind). We do still need to get it all nicely brushed out and then will have to figure out what she is going to do with it now. 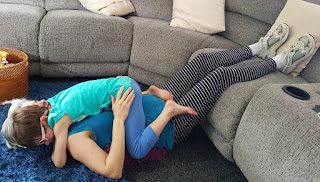 My back has been hurting a lot lately, so I was doing one of the stretches that the physio gave me (with a pillow under my back) and Asher decided it was a great time to come and have a cuddle. 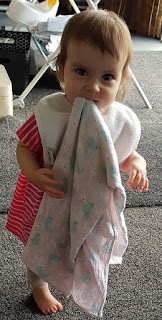 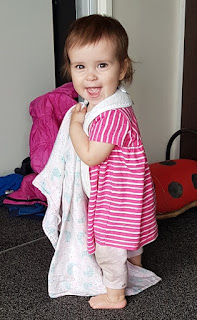 Anastasia just loves all the different blankets we have for her. At first they were used for when I was breastfeeding, but now they are just for her enjoyment. She always has one in her bed and generally has one or two around in the lounge. She often carries one around in her mouth! Such a cutie. 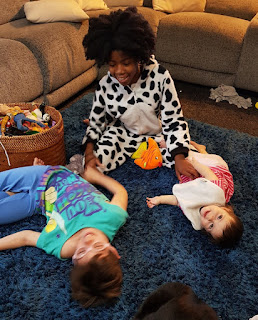 Tickles with Ruth before she heads off on her Wellington trip tomorrow morning (Sunday to Thursday). We still need to wade through all the photos from that trip - so I'll leave them all for a separate post. 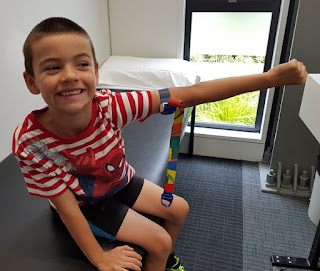 Tuesday 27th: Hezekiah had blood tests for the first time today. He has been on a gluten trial for the last 4 weeks due to increased stomach pain. Instead of just doing the blood tests that the GP had suggested, we decided to take him to Dr Ford (the expert on Gluten intolerance and Coeliac in NZ). Added to the GP's tests we also did the test for the Coeliac Gene.
We had the consultation with Dr Ford this morning and I learnt a lot more about Gluten intolerance and Coeliac. We managed to get the blood tests done at a lab in town before heading home.  The GP had suggested this as they are so experienced with children. They were really good. Hezekiah was also very brave and it went very well. 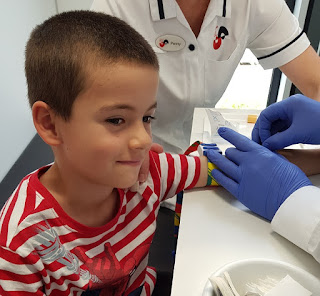 I had also had blood tests done to check for the gene and thankfully mine came back negative. So I will never get Coeliac disease. Hezekiah however is positive. Thankfully the other tests show that at this stage his body is not presenting with Coeliac disease. He is just more at risk of developing it in his lifetime. So being on a mostly wheat free diet is a good choice. Dr Ford also suggested getting the other tests done every 4 or 5 years, because even on a limited gluten diet, he could still develop Coeliac. 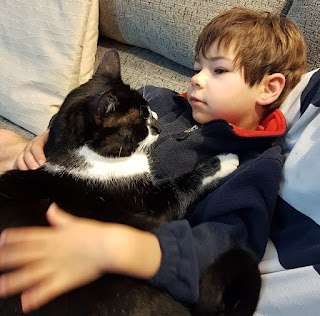 Asher had an appointment with her neurologist this afternoon, but thankfully he had organized to just do a phone call consultation this time. We told him we have increased her newer medication to 12ml twice a day (up from 10). He had said we could do this if we felt we wanted to. He has told me that we can safely move it up to 14ml if we feel the need at any point. I love that he is so trusting of our judgement of these medication decisions.
I told the doc that when she went up to 12ml we did see side effects. Her behaviour was really difficult for a week (at home and at school). Brendon encouraged me to just hang in there though, and by the end of the 2nd week it had all settled down. The doctor was very pleased we persevered. As he said, if the side effects are controlled, then it's worth trying. We don't know how much control this drug can give her if we don't give it a go. 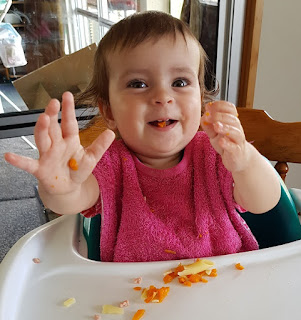 Thursday 29th: Anastasia enjoying playing with some cooked carrot today. Unfortunately every time I introduce a new food to her, she seems to have a really bad night. So her stomach is just taking longer to mature and get comfortable with these new foods. I'm glad I didn't rush her food intake earlier. She clearly was just not ready for it. 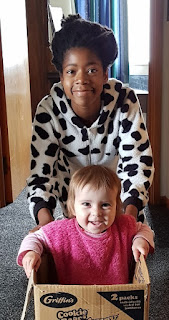 Great to have Ruth back today. So many lovely memories made on her trip. Such fun stories to share. 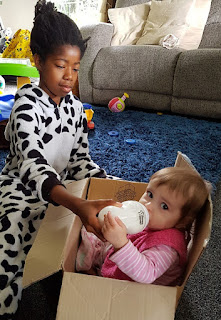 Ruth always enjoys doing things with Anastasia. So she is very pleased that I am now giving her a bottle of milk during the day, as she can then get to feed her. I decided I needed the reduction of stress on me of breastfeeding. I was constantly worrying about my own diet and making sure that I had enough milk for her. I'm pleased I was able to provide for her for over a year (and actually much more than the others as it was breast-milk only into her 10th month) 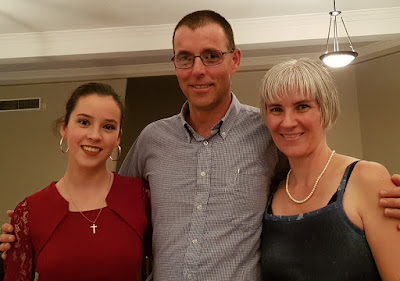 Friday 30th: The farm's Christmas Party this evening. It is Rachel's last one with the farm as she will be finishing up on the farm in December. She has worked there for 5 years now (ever Thursday morning). She is very grateful for the opportunity, but also excited about the new adventures ahead.

Another advantage of getting Anastasia onto a bottle was that I could leave her at home and enjoy a child free evening out. I am so grateful and enjoyed the special night out.
Posted by Buckland at 10:00 PM