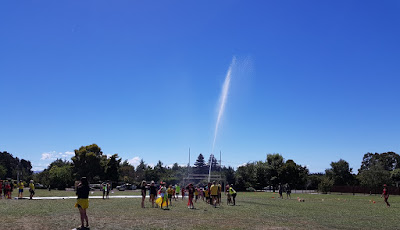 What a beautiful day for Tabloid Sports. 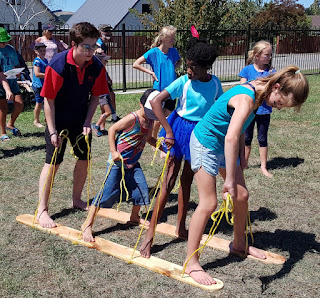 Once Anastasia was awake and fed, I left her with Rachel and brought Asher up to watch the fun and games.
Above: They had a break just as we arrived and the water was sprayed up to allow anyone to cool off under the spray.
Then we spotted Hezekiah and Ruth with this challenge. 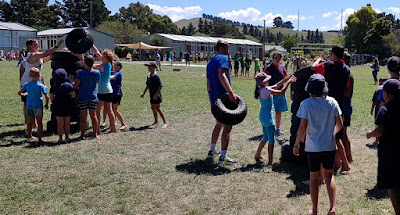 Then we saw Hannah at the tire tower challenge. 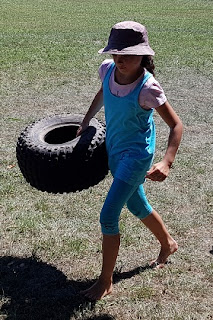 Then we followed Hannah to the tug-of-war. At first they had to pull with water praying their feet. A really muddy tug-of-war.
And then they moved onto the dry grass and had a really good challenge with as many on each team as they could get. 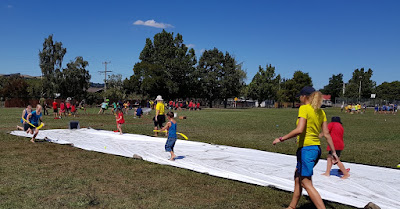 Then we managed to find Hezekiah and Ruth again at their next challenge. Hezekiah had been looking forward to this one. 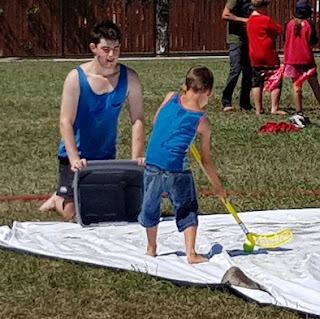 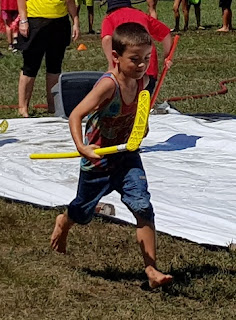 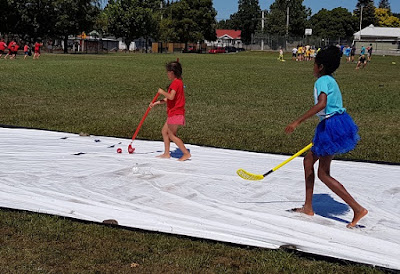 Then it was Ruth's turn. Well done for keeping up on that slippery surface. It's always fun that Ruth can wear this blue tutu from one of her dancing concerts as she is in Taylor - the blue house. 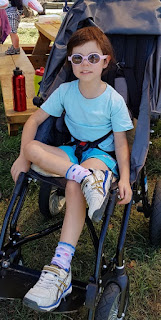 I dressed Asher in blue too, to support Taylor (and I had blue on myself too).
There wasn't any activities I thought she would be able to join in on, but it was good to have her there to watch some of it. As we were walking from the car she had seen all the children on the field and waved and say "hi". So that was already an encouragement to me. I still remember her first visits to preschool - and she didn't even notice the other children.

I was also pleased with Hezekiah's involvement today. Last year he had not enjoyed the tug-of-war and was a bit nervous about doing the challenges today. But he tried hard at them all and enjoyed the afternoon.

And as a nice end to the day, Taylor ended up winning overall.
Posted by Buckland at 3:00 PM