Experiments and a special menu 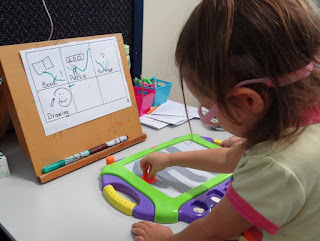 Tuesday 7th: I got a few more photos at Champion Centre today. She is adjusting really well to the new visual plan with Alex (EIE). They took turns today with the magnet drawing board. 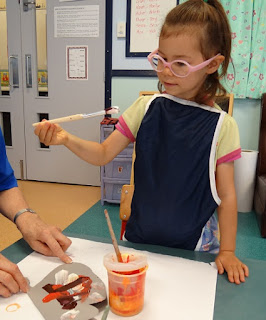 Enjoying some painting in the play room. At first we were concerned that she was going to put the brush in her mouth, but she was just having a look at the colours. 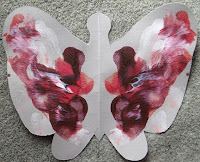 She wasn't too interested in seeing the butterfly she created. 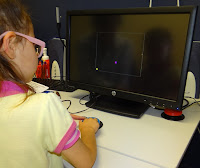 A better picture today of Asher on the computer. 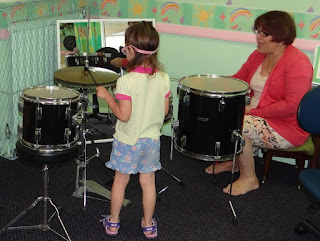 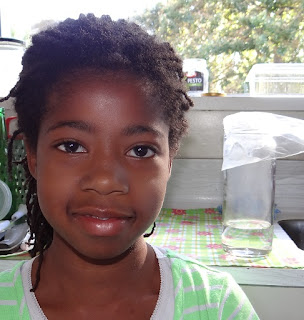 Thursday 9th: Asher had a 1 minute Tonic Clonic at 8:15 this morning. She had a couple of jerks during breakfast, and so we were watching her a bit more closely. She had been standing at the back door (ready to leave to take the children to school) when it started, so she had a nasty fall on that hard floor.
It was rather tricky getting the lunchboxes finished and lunch started without Rachel home (she works from early on Thursday morning). There was no time left for the children to walk to school, so we were thankful when Asher woke up a bit and I could take them in the car.
I was pleased it happened today and not yesterday. All the photos from her birthday cake yesterday are on a separate post. :-)
Dancing only starts up next week, so Ruth had time this afternoon to do some of her Guiding things. This was creating fog. 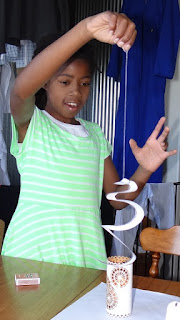 And then creating currents with the heat from a candle (it was supposed to be from a lamp - but we don't have one - so this tealight cover worked really well to keep it a safe activity).

On Thursday Ruth has Technology. She is doing cooking this term and today they made biscuits. As they are not gluten free she could not enjoy them, but she did enjoy decorating them for her teacher and two friends. 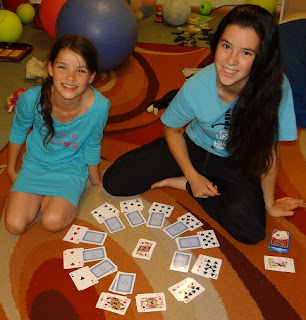 Asher at another 1 minute Tonic Clonic at 7pm. Thankfully she had a good nights sleep afterwards.
I showed the girls how to play Around the Clock Solitaire and they have been enjoying that in the evenings. I remember playing it at my grandmothers when I visited her. 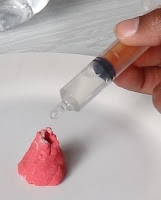 Friday 10th: Ruth had created this "volcano" out of fondant when we made the flowers for Asher's cake. She finally got to make her volcano erupt today. 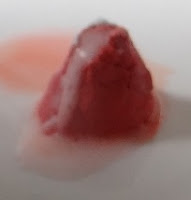 Not the best of photos - but it did work. 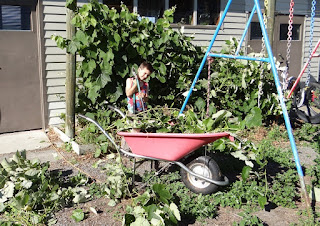 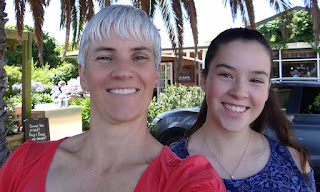 Rachel joined me at the Church's ladies lunch today. Then we managed to get some shopping done in preparation for next week. It was a nice treat for Rachel for all the extra work she will have next week with me away. 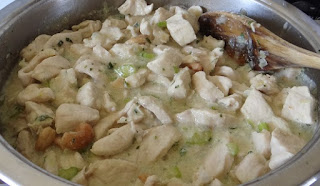 Some shopping items were specifically for Ruth. She is back on a strict FAILSAFE diet. So I made her a chicken and cashew nut meal (with a number of portions heading to the freezer) and she was really happy with it.
It was perhaps not the best time to start a "new" diet for Ruth, with her needing all different food. Thankfully we got so much done today (including a chickpea bread) and so at least I know she is sorted for the week ahead. 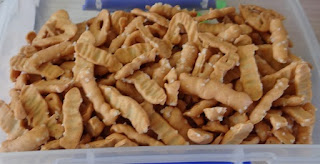 I also stocked her up on red lentil pretzels. We haven't had these in a while, so they thankfully also tasted really good to her. 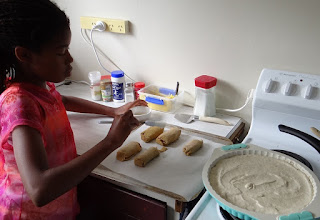 As she has to be off gluten and we have to take her off rice too for FS, we ended up using oats to make a lasagna and we attempted to make some sausage rolls. Ruth was happy with them all and I made her some "no tomato sauce" to go with the sausage rolls too. She was always the one who liked that sauce the most. I think it was also beneficial that she helped with quite a bit of the food prep. She loves helping in the kitchen and being a part of it all helped it to be a really positive thing. 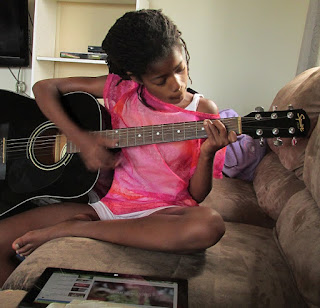 I love how she is coming on with her guitar playing. I can't remember why I took this photo in the evening. Her and Rachel are helping motivate each other to keep playing. Now we just need to get Hannah practising too (as she also wants to learn guitar this year). 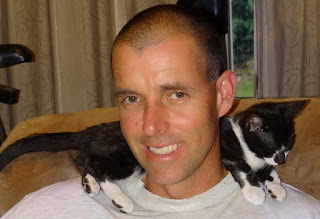 Anakin decided this was a nice spot for a nap this evening. :-) 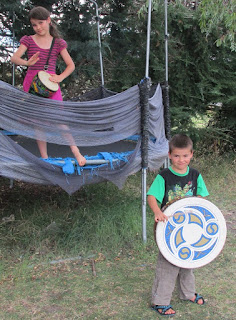 Sunday 12th: Someone at church gifted these drums to the children. They are already having so much fun with them. I'm not mad about instruments outside, but they know they have to be very careful with them and not leave them lying around. They did have so much fun though - so it was worth compromising my standards a little. :-)

And then on Sunday afternoon we headed into town to take Asher and I to the hospital. I have written a separate post with all that info. I just wished I had taken a photo of Hezekiah playing with Toby - Asher's main nurse for this week. They had so much fun and Hezekiah was especially pleased with Toby's Star Wars top. :-)
I was so pleased that we could do the drop off this afternoon with the whole family. It helped that the children could all see where we were and it was a help having them around so I could unpack a bit too.
Posted by Buckland at 6:00 PM