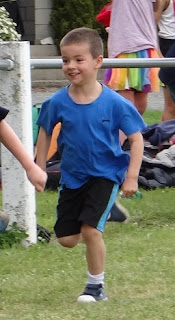 Athletics at school today. Brendon took the day off so that he could watch the children (and take photos for me). 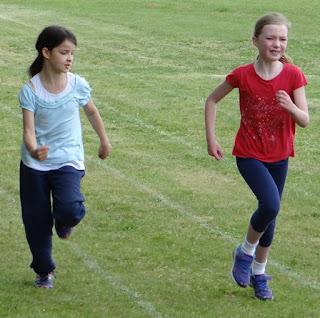 Hannah decided she didn't want to worry about running her fastest today, her goal was to be an encouragement to Annica who was feeling a bit emotional about the day. So she ran at the back with Annica. 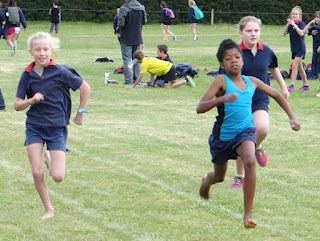 Ruth in one of her sprints. Giving all she can. 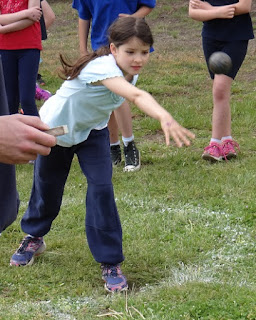 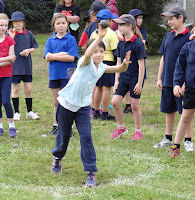 Ball throw for the younger ones. 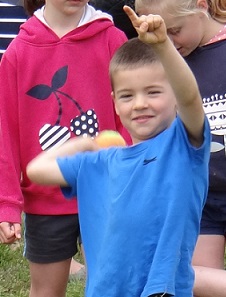 At this point the camera went flat. I felt terrible for not checking the battery. Thankfully Brendon's phone has a good camera, so he could get more photos on there for me. 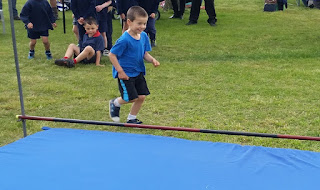 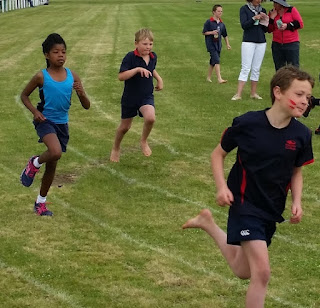 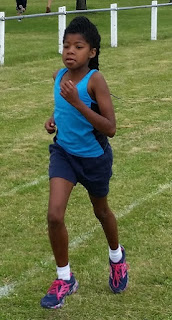 Ruth was the only girl who signed up for the 1,000 m in her age group (because of the encouragement from Dad to sing up). She started off with the guys, but they are so much faster and so she had to run mostly on her own. 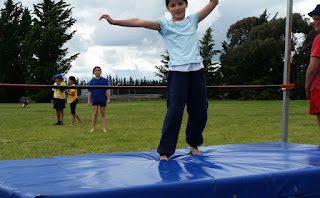 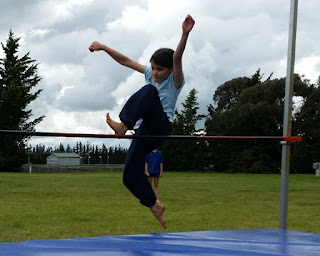 The children HAVE to do scissor jump. They are not allowed to land on their back. Many agree with us that this is a very silly rule. 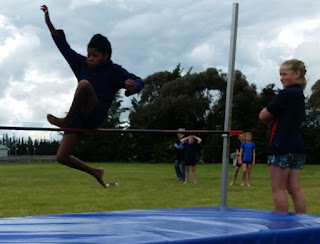 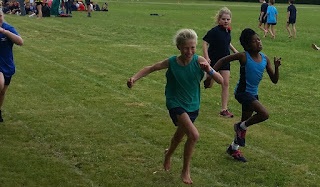 Ruth with another sprint.

Hannah's next race, also just hanging around with Annica.
By this stage I had arrived with Asher. I was disappointed for myself that I didn't get to see how fast Hannah could run, but I was happy that this was more important for her. Hopefully next year we can see how fast she is. :-) 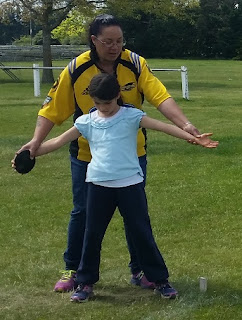 Getting a reminder of the technique before their first discus throw. 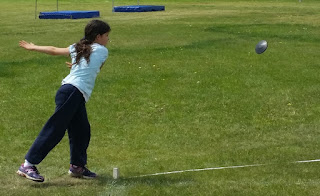 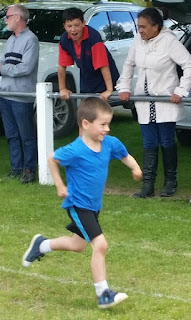 Then it was a big relay with all the younger children. 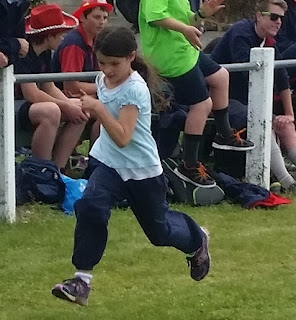 Then the parent / teacher / student relay. At the first change they were all pretty much together, and then Brendon took off. We were all so proud of him. And the parents where thrilled. They were not able to keep it up all the way came in 2nd. As they have never had anything but last place, they were very pleased.