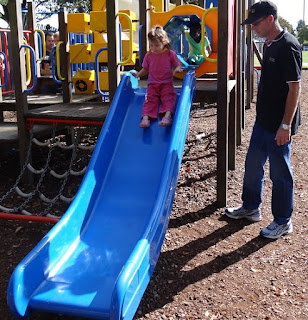 Sunday 17 April: We stopped at the park just down the road from church today. It's so exciting for the children to explore a new park. 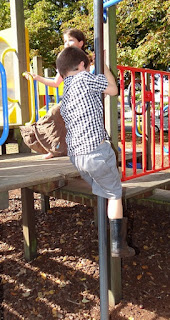 Hezekiah showing me how strong he is.

Asher spotted this dog on the field and kept chasing it. Eventually the owner got the dog to sit still so that Asher could get right up to it and say "hello". That ended up being all she wanted and she immediately headed back to the park. 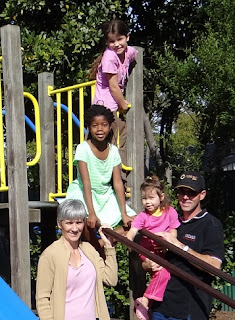 Rachel took this photo for us (Hezekiah didn't want to be in it). There were too many people around to set up the camera with a timer. 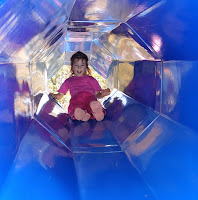 The reason Hezekiah didn't want to be in the photo was because he was upset about this slide. He had gotten to the top of it but felt it was too scary. We encouraged him to give it a try as Asher enjoyed it, and that was the trigger for a little sulk. I'm sure he will give it a try eventually. 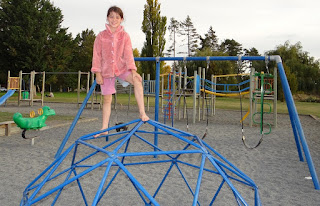 In the afternoon I had to go and pick up a new single bed for the container and so Hannah and I used the trip to enjoy our outing. 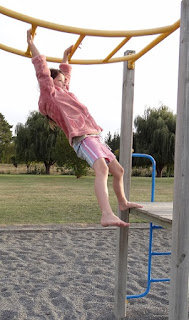 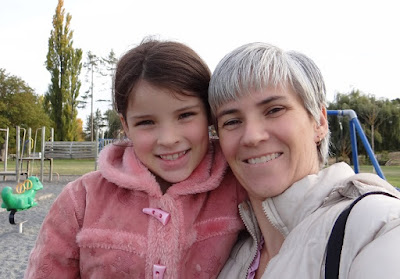 Thankfully we did have our jackets with as it was rather chilly. 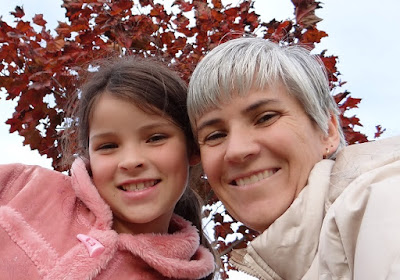 Hezekiah has been learning about autumn at preschool and doing art work with autumn leaves. So while we travelled to church and back we noticed all the beautiful colours. I didn't manage to get any photos of them in the morning, but they did inspire this photo with Hannah in the afternoon.

Monday 18th: I managed to get a photos of these beautiful trees on our way into town today. 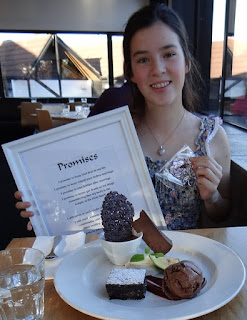 Rachel had dentist and orthodontist appointments in the afternoon, so Brendon took the afternoon off and we headed into town with Ruth. Ruth got to enjoy a few hours playing at a friend and then Rachel and I had some special time together. After her appointments I took her to Strawberry Fair for an afternoon tea treat. She had drawn up a "Promise" document for her 15th birthday (6 April) and I surprised her by having it printed and framed and I had a little gift for her too. We had gotten the idea from two different sources (one being "7 habits of highly effective teens), where the child writes down promises that they make to themselves (like keeping herself pure before marriage, not doing drugs or getting drunk) and then if they are every in a pressured situation, they have that to go back on. It gives them confidence to say "I made a promise when I was ..... and I am going to keep that promise". Rachel decided to also include some "I will strive to ....." statements. So it was lovely to be able to make this a very special memory for her. 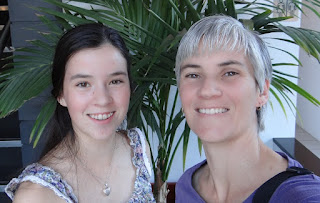 She still remembers our fancy desert at the Heritage Hotel in Auckland in June 2011. You can read all about that trip here. So I was pleased to be able to create another very special memory for her. She said that this memory should be even better because she actually enjoyed the food. Although she remembers the other platter, she also remembers not really liking any of it. :-) 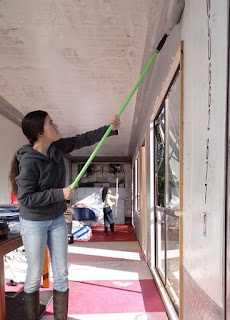 Tuesday 19th: I was so thankful to have Lynda come around to give some carer support hours to me this morning. The girls had the goal of painting the inside of the container with the metal primer paint we had. Ruth did try with the roller, but found that we got loads more done when she was doing brush work and I was on the roller. 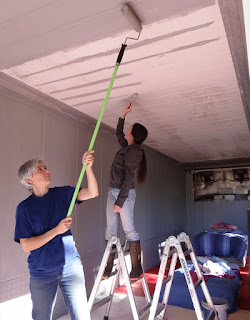 We were really pleased with how much we got done. We even managed to get the roof done (you can see how dirty it was). It was great teamwork. Rachel painted along the grooves with a brush which made it much quicker to come afterwards with the roller. 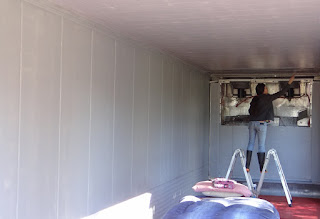 Good job girls. And thank you so much Lynda. It would not have been possible without you.
Asher wasn't the happiest today (perhaps because I was out of the house and totally away from her for so many hours). Eventually she realized I was outside, so kept trying to come out. I suggested Ruth get her pram for her. She was happy about that, but not to stay in the property. She thought pram meant walk. So Lynda and Ruth took her for a walk and she enjoyed that.
Lynda will be working with Asher at the preschool from next month, so it's a real blessing that she has given this extra time to us. Not only do I get things done, but she gets to know Asher.
Posted by Buckland at 10:00 PM