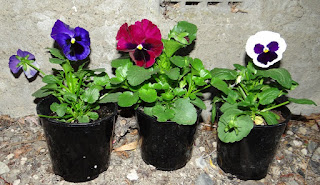 Monday 11th. Ruth had a follow up appointment at the hospital this afternoon. She continues to be a bit of a mystery with excessively high B12 and inflammation. Thankfully her knees havn't been too sore lately and there are no swollen toes or fingers. The doctor plans to see her again in a couple of months, in the middle of winter, so we can see if things get any worse with the cold weather. 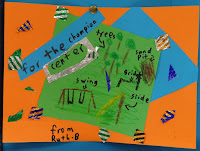 We had a few things to get on our way home and because I can't just buy her a food treat (with our FAILSAFE diet) I treated her to some flowers for outside their container.
Wednesday 13th: Ruth had a choice if she wanted to come to Champion Centre with us today (because now with the small car I can travel with Asher on my own). She decided she wanted to have one last visit before she starts school. She always enjoys doing some art work. This was her creation today. 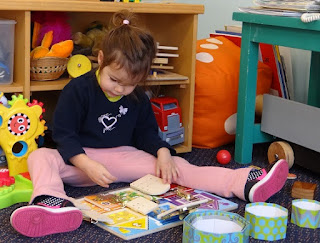 This ended up being the only photo I got of Asher today. I spent quite a bit of time talking to a different Occupational Therapist about Asher's car seat situation. We had discussed some of the issues we have (one being she is just too good at undoing buckles, even Houdini clips). I had a form to fill in and the therapist answered questions on-line too. At this stage it looks like we will even be able to get funding for the car seat that the therapist is suggesting would be good for Asher. It will give her good postural support if she has a seizure in it, and it will be impossible for her to unbuckle herself. It will also last for many years (the age goes up to 13). 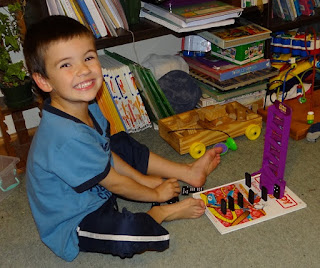 This evening Hezekiah and I enjoyed playing with the dominoes while the others were out at Karate. He is getting really good at setting them up (without bumping them over).

Thursday was a longer day than usual because after Rachel's ballet I dropped the girls off at the St John rooms to get some extra training done. Normally the Golds (older children) practice on Thursday night, but they invited the younger children to join to this week as they have competitions coming up on Saturday. 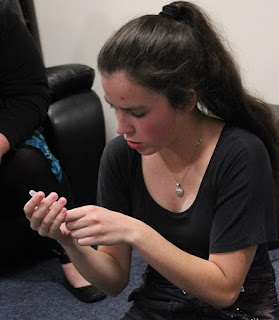 Thankfully the time wasn't drawn out for me because today I decided I would just leave them at dancing and head to the Amberley Library so that I could get some work done on my home computer (I do love the internet and clever programs that allow things like this). I got loads done in the almost 2 hours I had there and then I got the shopping done while they were at St John. So a long but very productive afternoon and evening out (we only got back after 8:30).

At 5:30 Asher had a 1 1/2 minute Tonic Clonic. She went very blue around her mouth and it was rather sad that she had only had a short 4 day break since the last one. Thankfully is was only a once off though and for that we are grateful. 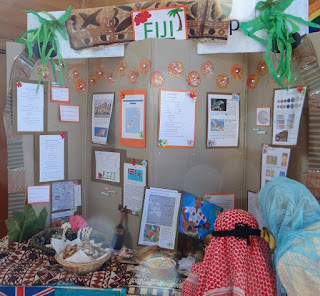 Friday 15th: Rachel, Ruth and I headed to an International Day that the home school families were hosting. I was so glad we heard about it. Perhaps next year we could do a display on South Africa. At least we now have loads of idea of how they do it and what works really well. 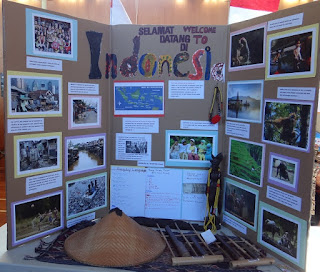 Brendon came home at lunch time so that I could head off with them and leave the younger two at home with him. He is such a wonderful father and I am so very thankful for him and his dedication to the family. 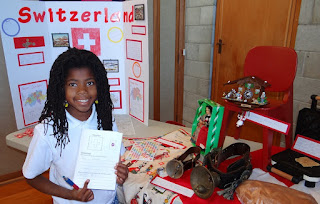 Ruth enjoyed taking her "passport" to all the different displays and writing about her favourite things and things that she learnt. They collected stickers at each display too. 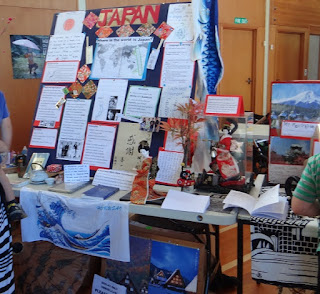 The Japan display was HUGE. The family have lived in Japan for a number of years (I heard) and so have collected a lot of things. There were other displays that were much more simple, so we are not too intimidated to have to try and compete. It's all about learning and enjoying the variety of country and display. All in all a very nice afternoon. 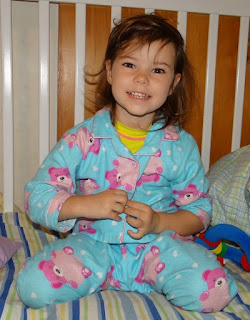 I took this photo of Asher in the evening just as a reminder of how much she loves doing her buttons. She is really good at doing them too. She will button them up and then un-button them a few times. Another very repetitive activity which keeps her fingers busy. Such a sweet girl.
Posted by Buckland at 10:00 PM