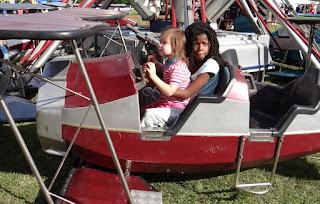 The children have been looking forward to the show day for ages. Such an exciting day for them. They save up their money for the rides and it's a highlight for them. 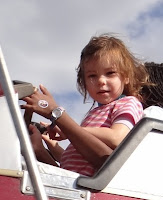 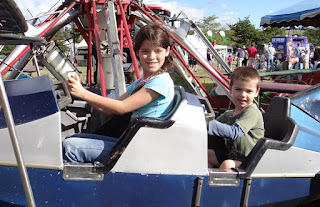 I will be honest and say that I was rather nervous having Asher in the aeroplanes. I didn't know what all that motion would do. Thankfully she was fine and had a great time. We did limit her to just that one ride though.
Hannah and Hezekiah enjoyed them too. 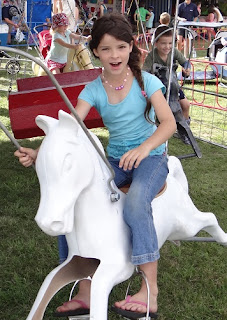 The carousel is also always a highlight and Hannah is not too big still young enough to enjoy riding her horse around. 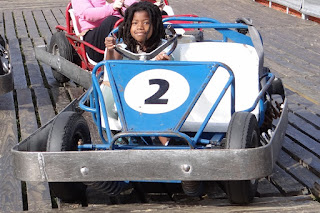 Ruth would rather have a go on the bumper cars. 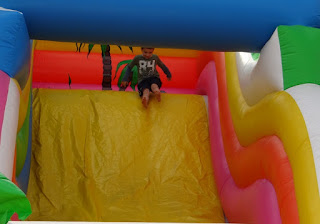 Hezekiah was thrilled with this massive "jumping castle" which was a huge double slide. He burnt off a lot of energy there through the morning. Thankfully there were a few friends on at the same time - so that had a great time together. 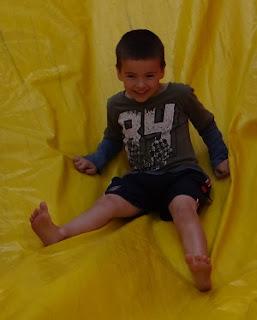 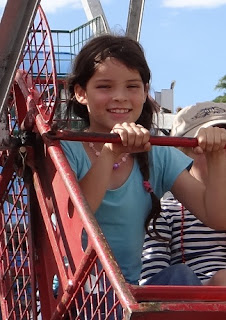 Hannah joined a neighbour and her daughter on the Ferris wheel. 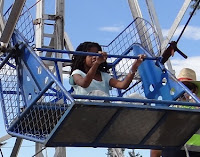 And then I heard Ruth calling for me to take a photo of her. I didn't even know she was going on. She only told me afterwards that she would have liked me to go with her. She knows Brendon and I don't enjoy it - but I would have gone on if she had asked. 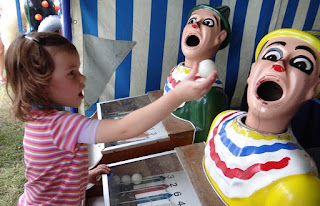 Asher spent a while watching these heads moving from side to side. The man soon offered for her to just have some fun putting the balls in. He was rewarded as her business with them seemed to draw a few other people and he got busy for a while. Asher patiently waited for them to all have their turns and then he let her play again. When we left he gave her a small prize. :-)
It warmed my heart to see people just being extra kind to her. It helps that she says "thank you" in such a sweet way. It's not at all clear, but I ask her to "say thank you" while I show the sign, and then she copies with her sweet attempt. They then know what she is "saying". 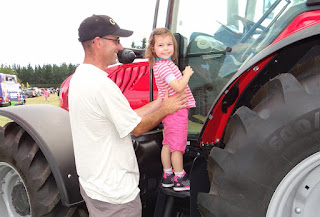 She also spent ages climbing up the steps of this big tractor. She was rather disappointed that she couldn't open the door and climb in though. She did content herself with climbing up and down over a dozen times. 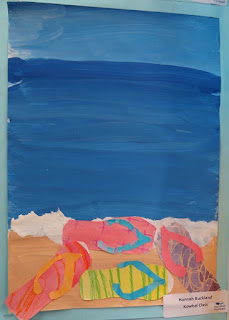 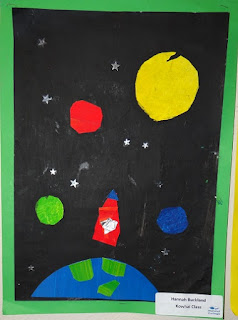 Hannah's artwork displayed with all the school art. 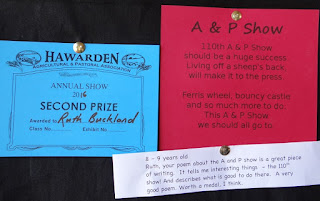 Ruth got 2nd place for this poem about the A&P Show.

For some reason they didn't see her name and age on this one about friends - but she got 2nd place too. She told them later (and showed them her name on the back) and so they added her name to the certificate. 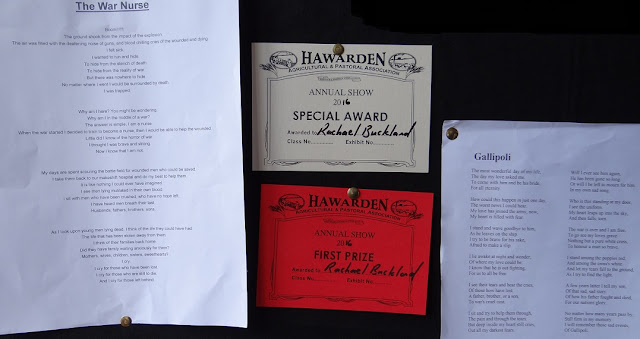 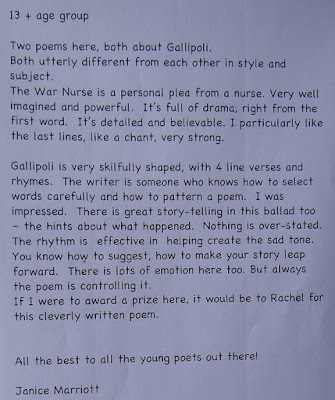 Rachel did very well with her 2 poem entries.
The write up from the judge was really special. She not only got first prize (for them both) but also a Special award because she was so impressed by them.
Well done girls.

I got a lovely tip from a photographic neighbour to file photos through the year into a "show" file so that when it comes time to submit entries you don't have to hunt for photos. Ruth had wanted to enter photos this year, but ran out of time to take photos. So the idea of collecting through the year is a great one and I am sure Ruth will have a few entries for next year. Perhaps I will too. :-)

I went up to meet the older girls at the final prize giving at the end of the day. We got home at 5:40 just as a 2 minute Tonic Clonic seizure had stopped. Asher hadn't breathed well through it and went rather blue. At least it was again almost a 2 week gap. So hopefully not related to the mornings ride.
Posted by Buckland at 3:00 PM