Unfortunately Brendon and my suspicions about Asher not doing well on Saturday morning when we had our photos shoot - were right. She had another seizure not long after lunch. She has an hour nap afterwards and that was enough to fuel her for the rest of the day and she was not interested in a nap later. These were taken at 4pm - totally recovered from the seizure and just full of beans again. It was enough to get the doctors at the hospital talking about making a decision on her new meds on Monday morning though. We discussed how we would handle any other seizures over the weekend (which was thankfully not even needed). They had some results from her EEG come in late on Friday afternoon but he said that the neurologists would discuss it on Monday. I really look forward to getting her off the AED she is currently on, so at least that is a step in the right direction. 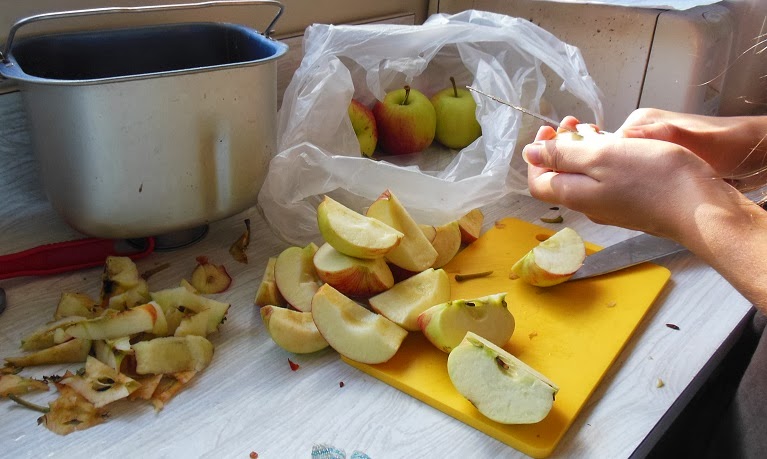 Our one apple tree has done really well this year and is an early variety and so are ripe already. Rachel and Brendon got most of the apples off the tree over the last couple of days so that the birds don't get to them first.
Today Rachel prepared a load of them - all ready for Apple crumble breakfasts. She blended them up with the cinnamon and sweetner and froze them - all ready to go. We will have to get some nuts cracked soon so that we can test how the frozen packs work. 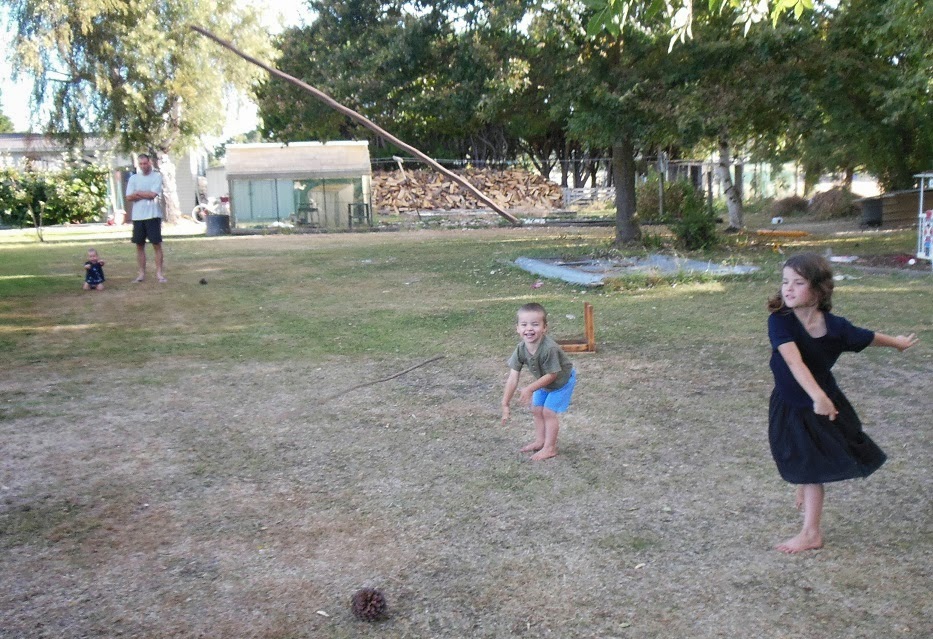 Hannah and Hezekiah generally have loads of energy in the late afternoon and are often sent outside for a quick play. I headed off for a short walk but before I left gave them an idea of doing some "javelin" practice. I gave them some tips (as well as safety instructions) first and then took a photo of their second throw. What an excellent shot by Hannah.
The children have found nice long sticks and Hezekiah calls it his "special stick". They have so many different games with them. 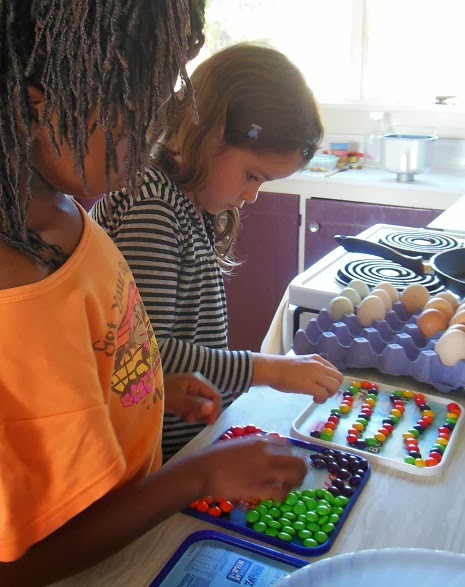 Sunday morning cake preparations. Rachel made the cake on Saturday afternoon and icing was planned for this morning. Brendon had to work for a couple of hours and there was no church service this morning, so we planned the cake decorating for then with eating it after lunch (so it was not close to a nap time for Asher). I will leave all of Asher's photos for her own birthday post.
Hannah did not get to do any actual icing but she sorted the pebbles out (into a rainbow snake) so that we could know we had enough of each colour for the border (not being sure yet which colours we wanted to use). 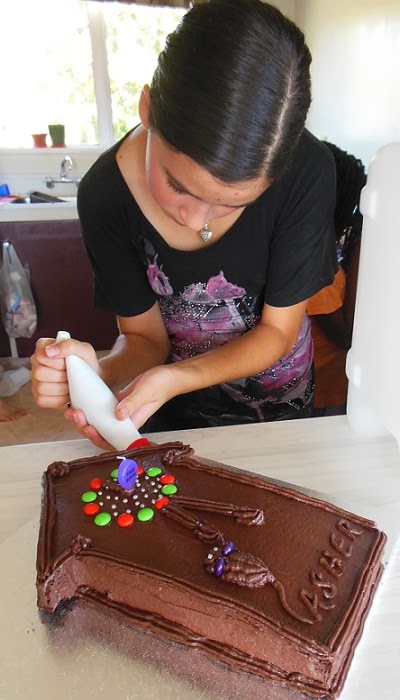 Rachel did an excellent job with the icing. I gave her little tips and she asked that I do the mouse and Asher's name. I also placed the pebbles for the clock face. 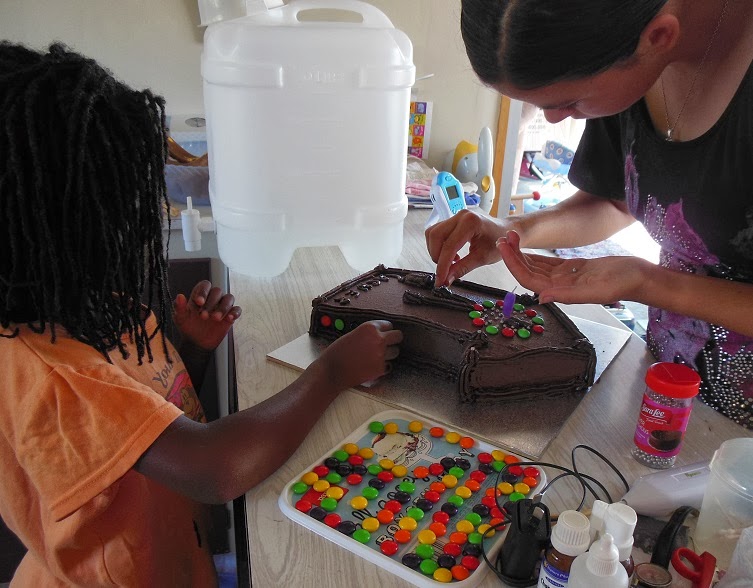 The rest was all done by the big girls. And they did such a great job. We decided after Rachel having to ice Dad's cake (with me in hospital with Asher) that this year's "theme" would be "kid made". So Ruth is extremely excited about icing her own cake in July. 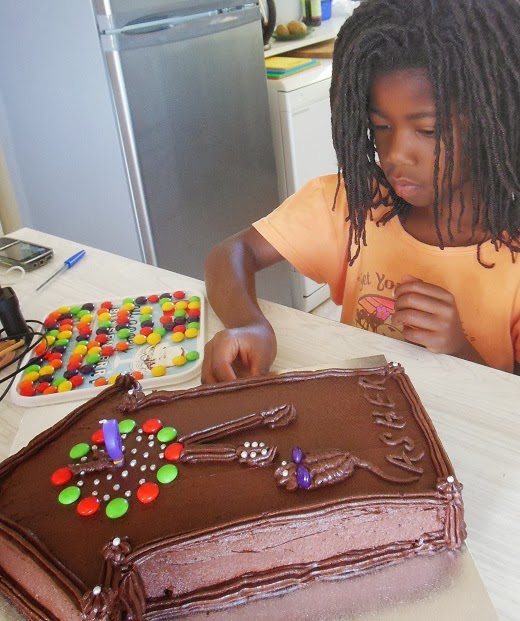 She would have liked to have done more than just place pebbles, but understood that this was a joint effort. She also got to do a bit of icing practice with the left over icing and the off cuts of cake. 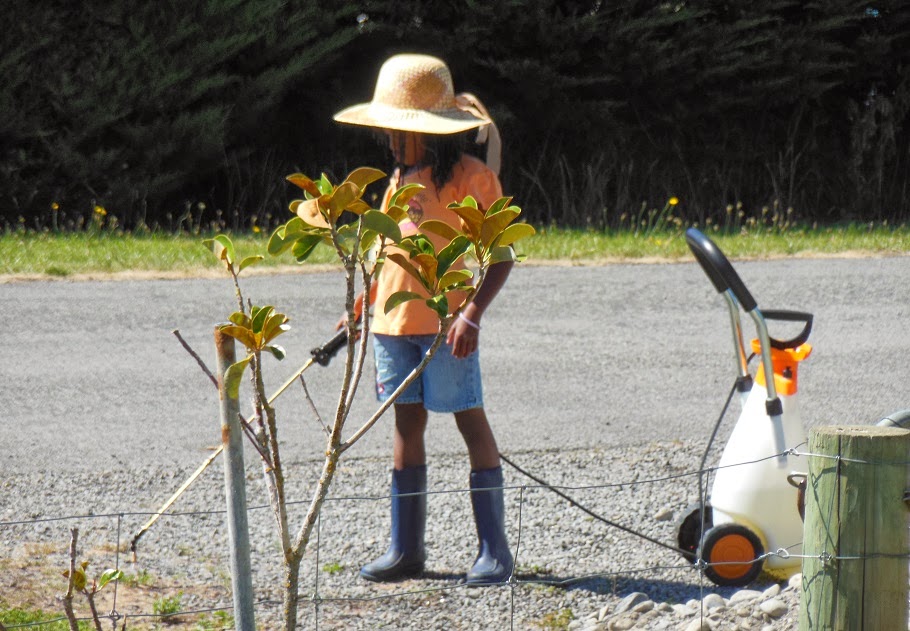 Ruth does like helping and helped Dad by doing some spraying of weeds. Rachel took these photos while I was getting lunch ready. 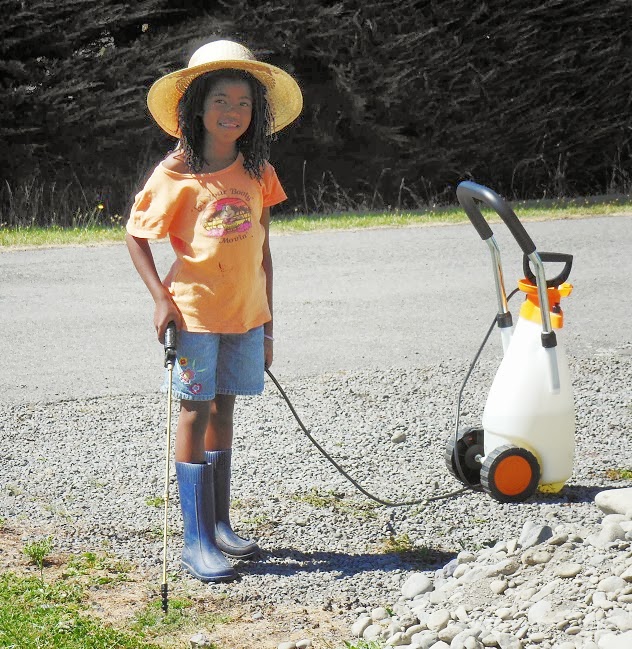 My sun hat fitting her nicely now with all that hair.

Below: After dinner I suggested we head back down to the pond to see if we could feed the ducks. Unfortunately the ducks were not too interested in getting close. It was still a fun outing though to end off a special day with our 1 year old. 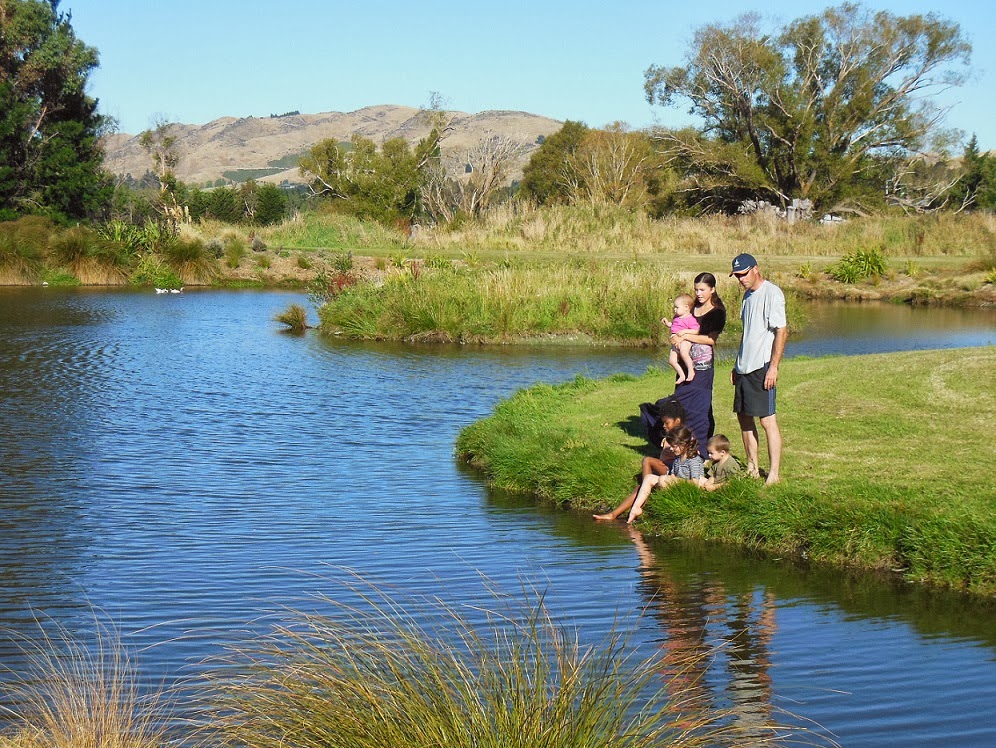