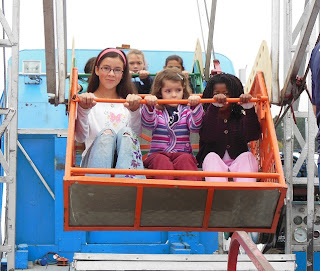 The local show is always such a highlight for the girls. They have been saving their pocket money for a few months now so that they could spend it on rides at the show. This works well for us (as it's way too expensive) and they also learn to be wise with their hard earned money. :-)
Hannah had been so looking forward to going on the Ferris wheel again (she went with Dad last year) but found it a bit too scary this time. 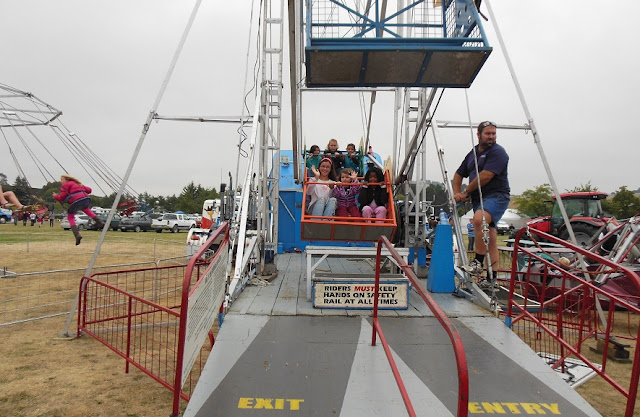 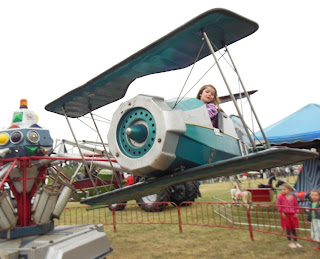 These planes were much better suited. She quickly learnt how to get it to go and up down too. She was so excited about telling anyone that "you have to push up to go down and push down to go up." 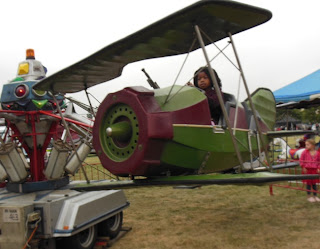 Ruth went on the planes as well and even Rachel (although I did not get a photo as she was a bit later and I had my hands full). Rachel said that was a bit of a waste though. :-) 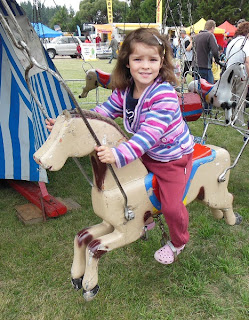 Hannah was a bit short on cash for a last ride on the carousel so Ruth gave her the extra $2 she needed. Thanks Ruth - you are a very kind big sister. That reminds me of another highlight for Hannah. Last year Ruth bought a bag of candy floss and shared it with everyone. This year the first thing Hannah did was to buy her "own" bag of candy floss. She was kind and shared with others too though. 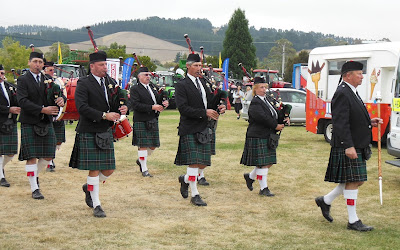 Its always great to see the pipe band. Such lovely music. It was a first for Hezekiah - so it will be interesting to see if he enjoys it as much as Hannah. 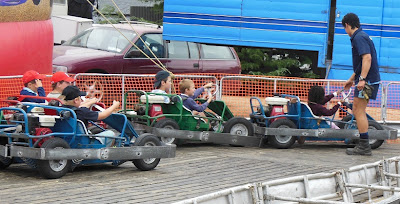 Ruth decided she wanted to go on the bumper cars. Here they are getting lined up and ready to go. 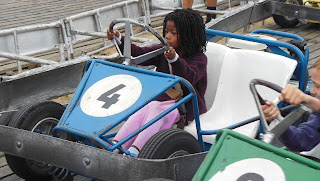 Ruth did really well. Her goal was to go around as often as she could and so she would avoid bumping into anyone and did a good job of getting around pile ups. :-) 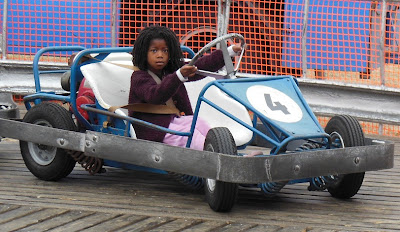 She had such a serious face the whole time. She told us afterwards that she thoroughly enjoyed it - you could just not see the enjoyment on her face. Perhaps she was just concentrating too much. I think she did amazingly well as it was her first time to have to use an accelerator. 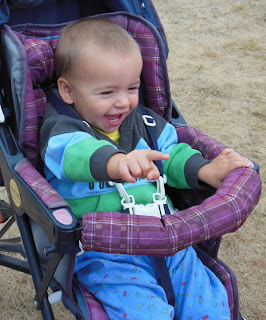 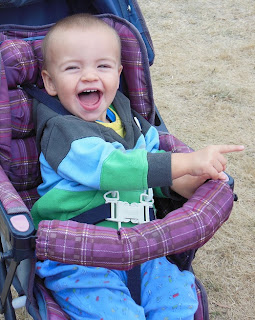 What I loved was watching Hezekiah's face every time Ruth came around the corner and he saw her. He was quiet the rest of the time and then his face just lit up. 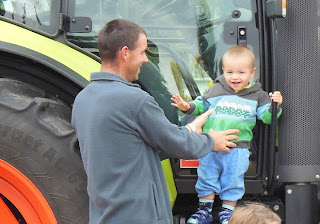 And another thing that got Hezekiah's face to light up was when he saw all the HUGE tractors. I can see him spending a lot of time around them next year. 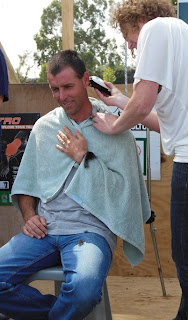 Hezekiah needed lunch and a nap so we headed home and Brendon and the girls went back for his 12:30 shave. The school was doing a fundraiser for child cancer and had a number of men volunteer to have their heads shaved. Granted - Brendon did not have all that much to shave off - but it was shorter than I normally do it. :-)
So a lovely day and we were thankful that the rain held off. I am sure they will all be looking forward to next years show. Hannah is already saying that she wants to do bumper cars next year. :-)