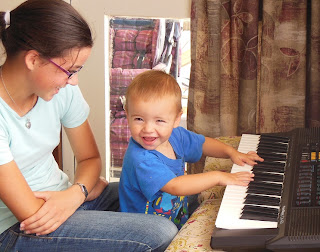 Monday saw the start of "swim week". Rachel and Ruth have really been looking forward to it. Hannah unfortunately had a rather bad start and cried. I thought about cancelling it but after talking to the organizer we agreed to ask the teachers to just leave her and let her get in when she is ready and do what she is happy to do. Not to keep asking her to try things.
I had chatted to Kerry about how Ruth would love piano lessons but it's hard not having a piano to practice on. She offered to lend us their keyboard for as long as we need it. So she dropped it off after their swimming lessons today. 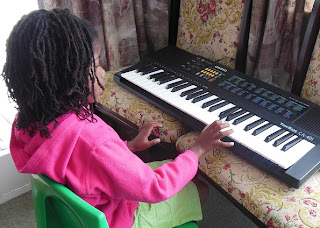 Ruth immediately started playing a few Christmas Carols - just working them out as she went along. I asked her to stop and got my camera out. I had to work out how long it took to get recording - so asked her to watch me till I knew it was on (thus the funny start). I think we are going to have to seriously look into those lessons.
Tuesday 22nd: Hannah cried before getting into the pool today but they left her and so without that pressure she calmed down and got in when she was ready. 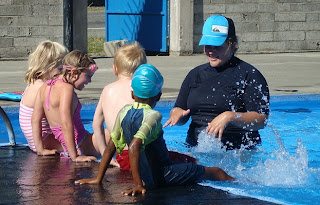 Ruth was in a different group today and she was pleased to now be with Caleb. Rachel had a change of teachers today and is really pleased with her new teacher. He kept calling her Ruth today though and one of the boys asked her "what is your name" and when she said "Rachel" the teacher said she must tell him when he makes a mistake. He said he will have to give her a chocolate fish for every time he calls her Ruth. It still happened a few times that day but she was too shy to say anything and did not really mind.

A friend visited after lunch which allowed me time to have an afternoon nap. The girls have been getting lifts to swimming so that I can stay home and let Hezekiah have his nap. I did not nap with him this morning though - so it was good to get a rest after lunch even though he was awake.
My friend had taken these photos of Ruth at swimming (as Caleb is her grandson - so she was their to watch him one day). 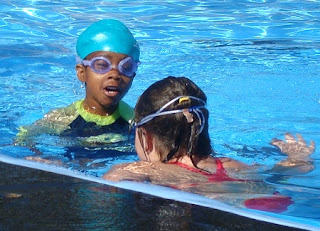 Unfortunately on Tuesday afternoon I hurt my back. I had terrible pain going into my left buttocks - feeling very much like a pinched nerve. It just got worse through the late afternoon and by the evening I could not sit without terrible pain. I could not bend over the slightest or even lift something in my arm (without bending my back). Even getting onto the couch or bed to lie down was hard and Brendon or Rachel helped me lift up my left leg as I had so much pain and just no strength in it. Unfortunately the physio friend in the area is away this week - so I had to hope that I could make another plan in the morning. 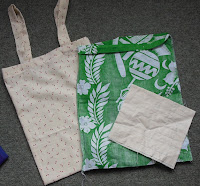 Wednesday 23: Brendon took the day off so that he could help me. I was still unable to do much. We managed to get an appointment with the physio at the medical centre - who only works on a Wednesday. The older girls had a sewing session with a friend after lunch - so it was nice that they could still go to that. Rachel's bag is almost done - just needing the draw string. Ruth is still finishing up her bag and needs to still add the straps. The extra piece of material to the right is Ruth's practice piece - practising sewing a straight line on the machine. I am so thankful that the girls can get this time. I would never have thought of putting a 6 year old on a sewing machine but Ruth is doing really well. And loving it. 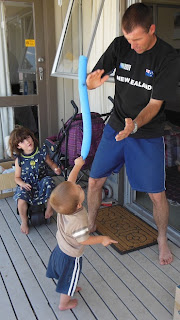 The appointment with the physio went really well. Brendon and I agreed that our first choice would have been to see our chiropractor in town - but as she was fully booked and heading off for a long weekend (only back on Monday) we had to use what we had available. The trip to town would have been rather hard though - it was hard enough getting to the physio just 10 minutes away. I had to put my seat right back and lie down on my side - and even then every bump caused pain. The physio did not do any actual work really on my back - but just helped me to work out what stretches I could do to help open up the spine where the disk had slipped - pinching the nerves. It was great to be able to find a position that immediately eased the pain. He also said I had already worked out half the treatment - avoid all those things that aggravate it like bending, sitting and picking things up. The stretches that I did with him already helped because when I got home and went to the toilet - I could at least sit for a little while without pain (previously I was sore as soon as I sat down and the regular trips to the toilet were horrible).
Hezekiah obviously loved having Dad home. Swimming also went well in the morning. Hannah did not cry and even played on the step once she was in. She told me she even got her chin wet. :-) Rachel was called Ruth once and so got a chocolate fish. They are rather big chocolate marshmallow fishes and so she shared it with her sisters for desert. 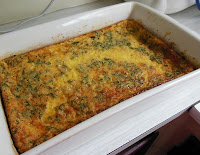 Thursday 24: Rachel was a great help to me today and so I was able to avoid picking Hezekiah up completely. Kerry helped by picking Ruth up for her earlier swimming session and dropped this lovely big quiche off. I enjoyed some for lunch and decided to put portions in the freezer as great snacks for labour (Kerry's one suggestion). The neighbour's daughter also popped over with some lovely biscuits. Blessings upon blessings.

Hannah sounds like she is settling back into enjoying the water and it's nice to hear her feeling happier about it. Rachel gives me an update on what she is learning each day and it's just amazing how much she is learning this week. She got called Ruth twice today and so he said he owes her 2 fish. It was really cold today and so when the girls got home I made them some milo. A real treat and helpful to get Ruth to finally stop shivering. 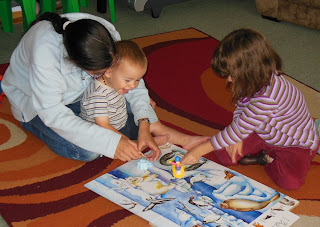 Thankfully Hezekiah has been having nice long morning naps for the whole time Rachel is out at swimming. This has been such a blessing as I have been able to avoid lifting him. She helped entertain him this afternoon and it was so lovely to see them having so much fun together.
Brendon got home a bit earlier today so that I could head off for a sacral cranial therapist for a treatment. It was a 25 minute drive away and I was rather sore on the way there. I don't understand all that they do but we felt we wanted to do what we could to try and help my back before labour starts. There was immediate help even as the drive back was so much better. What a week it has been. Really praying that the back issue can clear up before labour starts.
Posted by Buckland at 10:00 PM