Oh yes, it's my birthday

Friday already - and Brendon's week off is over. It was lovely having him home this week and we also got to get a lot done around the house. One of the items on my list was to organize the linen cupboard. On doing this we noticed that the hot cylinder was leaking. Not too bad - but the floor of that side of the cupboard was wet. 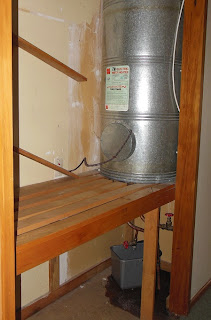 So even though it was all nicely re-packed - we had to unpack it all today so that the shelves of the cupboard could be taken out (the only way the cylinder could get out). The cylinder is 38 years old (and the cupboard was just built around it). The plumber will come with a new one on Monday - but at least it's all ready for him now. So even though it was not great news that this was an extra expense for us this month - I am glad it happened now and not closer to baby's birth. Also the fact that it leaked and did not just burst. There were a few areas that where really showing it's age - so it's done it's job. The sad thing though is that the new ones won't last nearly as long. 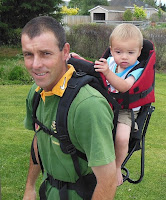 Hezekiah had his first ride in this today. He still has his rash and he is just not quite himself. So although I could not get a smile from him (which does not happen often) he still enjoyed going for a walk with Dad. 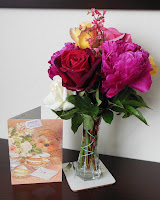 On Saturday morning I totally forgot that it was my birthday. My sister Gillian had remembered to wish me the day before in SA - so when I checked messages in the morning it was lovely to get a birthday message from her and a reminder to me that it was my birthday. :-)
Kerry then surprised me with these lovely flowers and a card in the morning - on her way into town. What a special treat. 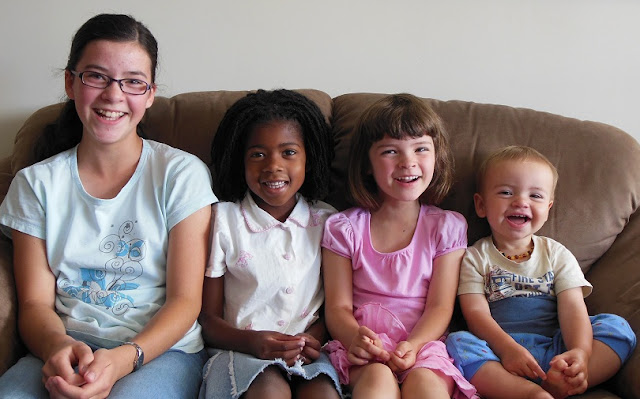 And I finally got to take a monthly "children" photo in the morning too. A good reminder of the Lord's blessings to me. May the Lord help me to be a better wife and mother in the year ahead.
Posted by Buckland at 11:30 AM