Dressed up and sliding down 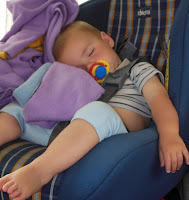 It was not a very good photo week. Got this one of Hezekiah on Wednesday (28th Nov) on our trip into town to see the chiropractor. Brendon had a few things he wanted worked on and I had a pinched nerve in my lower back - so we made a trip of it. We left at the time Hezekiah normally has his afternoon nap but he only fell asleep well over an hour into the trip - giving him just a short 10 minute nap before we arrived. And he is just so not used to sleeping in the car that he was awake before the car was even switched off. And yes - the dummy is back again. He has 4 molars coming out and so it's made it's way out the draw again. Thankfully he does not wake in the night looking for it - that was originally why we stopped him using it. 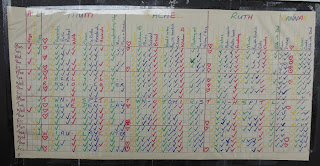 I eventually got our new schedule done on Wednesday too. This one was filled up last Friday and we have again made some changes. I have made a note to myself to have the new one ready a couple of days before the current one is filled - as I really ran out of momentum at the beginning of the week. Thanks to praying friends I was up and feeling ready to go again really quickly but I had a really rough day on Monday with no motivation within myself. It was good to be "back to normal" again by Wednesday. 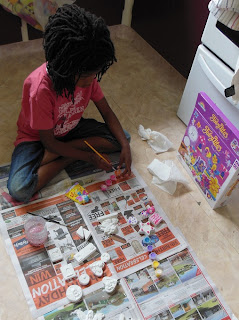 The older girls were off for a combined ballet practice at the other venue (45 minutes away) on Thursday. It's the last stretch now with just over a week to go till the concert. It's going to be a very busy week though.

Hannah went off to Play Centre on her own on Friday morning as Hezekiah was still coughing through the week. On Thursday I actually took him to the doc to get tested for Whooping cough so that we could know if that was what we were dealing with. (We only got the results on Monday to say that it was negative but by that stage the coughing had stopped). So even though he was exposed to it his body has done really well with dealing with whatever was bugging him over the last week. I am so thankful I can support his body so wonderfully with natural products through times like this.
Ruth again used the morning to get her own art work done and got some painting done on her molds. 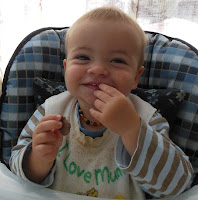 Friday also saw me getting all dressed up for the farm's Christmas Party. I had been feeling rather "big" until I saw this photo. I realized that with the other pregnancies that tummy gets a lot bigger.....
Saturday morning and the 1st of December is finally here. The girls have been counting down the days. Mainly to start their advent calenders. Hezekiah got his first taste of chocolate (other than the pebbles from his cake) and seemed quite impressed. :-) I loved the way he nibbled on this first one - taking little bites. It reminded me of my older brother Craig, and how he used to nibble on things to make them last really long. 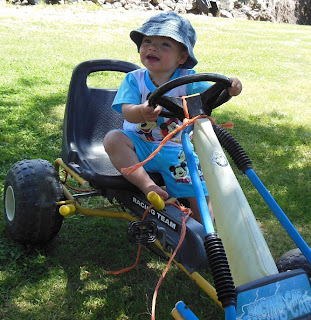 Another highlight for today was going to the year end party for the Youth Group up at the Spencer's home. We have missed this for 2 years now as it had been on the same day as the ballet concert. So the girls were thrilled that it was a week earlier this year.
Hezekiah loved this old go cart. It did not matter to him that it was broken.
The children all had a great time playing together. I did not get any photos taken but made sure I got the camera out when the water slide got set up. 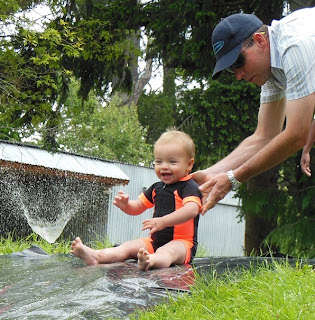 And he wanted to make sure he got all the way to the end too. So even if he came off the side - he would head back on.

I almost did not put this video on because I really don't like hearing my voice. It sounds so different to what I hear. It's a great one of Hezekiah though and it shows how much he loved it despite the bumps.

So much fun. And he was really good with waiting his turn in the line too. 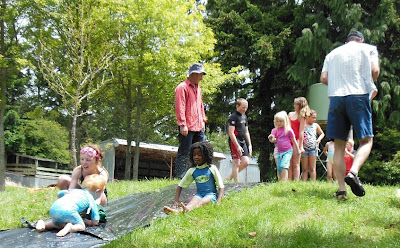 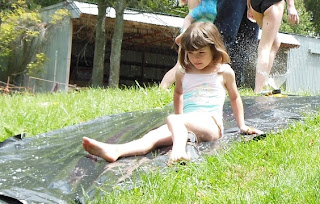 Hannah was a bit nervous but did really well. After a few slides her legs were quite sore so we borrowed a pare of shorts for her from Katie and that helped a lot.

Thank you Lord for a lovely day and for wonderful fellowship and fun.
Posted by Buckland at 10:30 PM