Catch up time on the blog - so it will have to just be a summary of what photos I have and once the post is a decent length I will just have to start another. 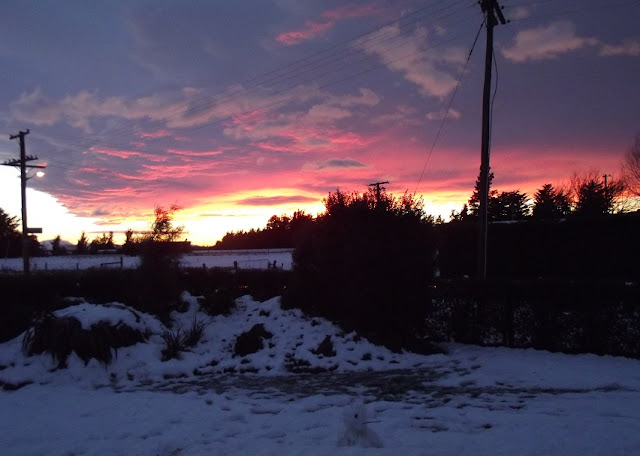 Friday 8 June, 7:43am What a beautiful sunrise and still so much snow about. 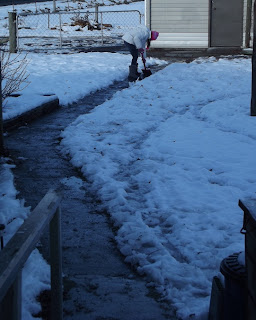 The walkway was becoming quite dangerous though because as the snow had been walked on it had been pushed down and melted slightly. It's still so very cold though that it was now just ice. Rachel was such a wonderful helper and went and cleared the whole path for us this morning.

Saturday 9 June - we had a trip into town. The girls get very excited about these trips now as they take some of their pocket money with to buy lollies. They have realized they can get a lot more this way than buying at the local shop. Each packet has the owners name on - so they can keep track of the similar lollies. Hannah is the funny one to chose "normal" lollies like pineapple lumps, jelly beans and marshmallows. :-) The fudge is really good though and I realized that next time we go I had better buy some of those for Brendon and I. 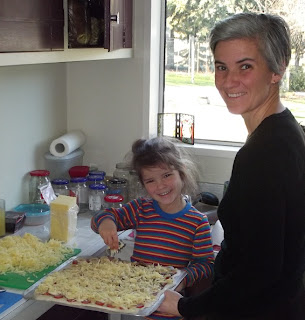 Sunday 10 June - a last minute decision to make pizza for lunch. If only I had thought about this yesterday at the shops - I could have gotten some ham and for the girls favourite (Hawaiian). As it was I had to be a bit creative and for me - this was really creative (not to mention for Rachel who had to eat it).
I asked Brendon to grate the cheese - so we had LOADS!!!! Actually - one of the reasons we did this meal was because of of the 3 kg blocks of cheese I bought had a hole in it's packaging and so was not sealed anymore and would not be lasting the months it normally would. So the goal was "use the cheese before it goes bad". :-) 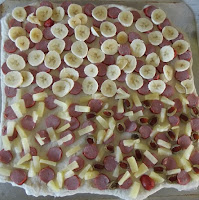 This pizza reminded me of the Jump Start game where you put different things on different fractions of the pizza. I had frankfurters which replaced the ham and because I did not quite have enough pineapple I had a try of banana. We also put olives onto a 1/4 at Ruth's request. She had to eat most of that though as the stuffed olives are not my favourite type.

And on the last pizza (when ended up being dinner) was tuna and avocado. Really trying something different and thankful that it was enjoyed by everyone.
Wednesday 13 June - Hezekiah just loves pulling himself up on anything. He just likes having that one hand holding onto something for the confidence and bit of balance.
I'm a little frustrated at my camera as I am getting more and more fuzzy photos. I leave this one small as you would see the fuzz if it was bigger. Perhaps this is an added reason for the shortage of photos over the next weeks. I really just seem to have the worst of luck with cameras.
Sandy (my midwife) was meant to come see me last Wednesday but with all the snow on that day it was obviously postponed. She did bloods this morning and it was great to get a nice high HCG reading. Just short of 7 weeks now. 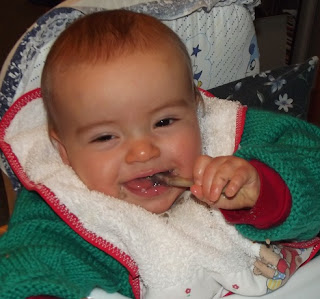 Friday 15 June - Hezekiah enjoying chewing on a chicken bone.
Such a cute little guy. And no knowing yet which hand will be his preference (he uses both really well). All right handed in the family so far but he has an Uncle and Grandfather who are lefties - so it will be interesting to see. 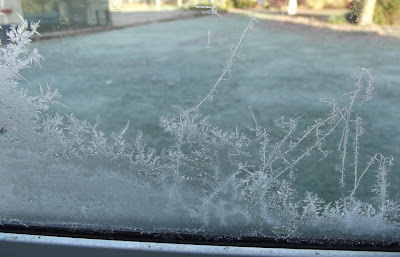 Sunday 17 June - lets finish off this post with some more winter shots. This is the ice that forms on the class around the back door entrance. We have had some really heavy frosts. It's quite amazing to see the details of the ice formation though. Really magnificent. 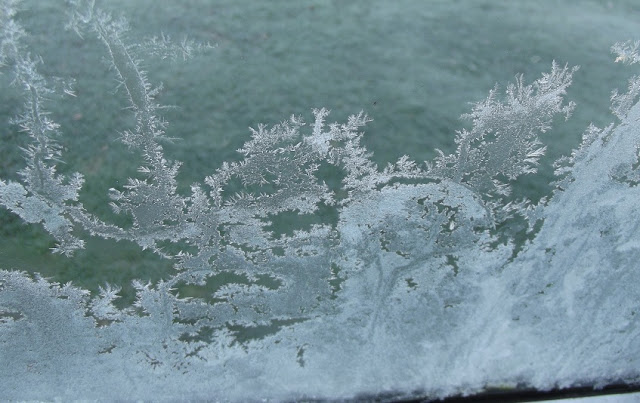