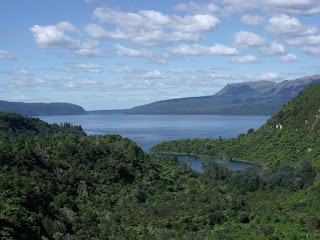 We had hoped Hannah would have a nap after lunch but it was not going to happen - the day was just too exciting for her. So we headed out to see some of the lakes around Rotorua. This was one of the bigger ones. Absolutely breathtaking.

The canoe of the chief was erected here when he died.
Hannah fell asleep once we were on the road so we did some driving around between the lakes before stopping for a swim. 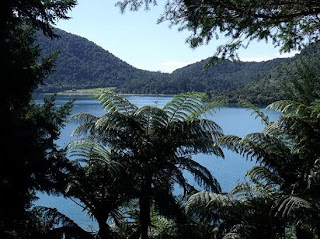 This is a lookout on the way back to the lake we had decided to swim at. So stunning. 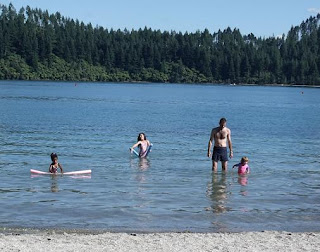 The girls had a great time.
What beautiful surroundings. Then the camera got packed away and I got in too. 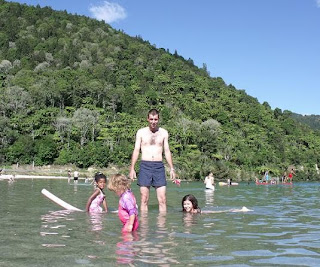 Behind them on the right you can just see the raft that is anchored off shore. We had to swim to get there but the girls had so much fun. When it was time to leave I thought Hannah was just nervous having to go on my back as Brendon had taken her there. But when Brendon tried to take her he had the same reaction and so we realized it was just because she did not want to leave. She was having such a great time. 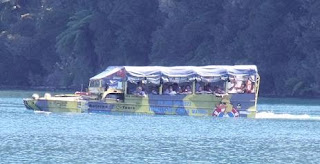 Another highlight while we were there was seeing the Duck Boat. It's a vehicle that takes tours around the area traveling through four of the local lakes. We had seen it yesterday on the road and so we enjoyed watching it enter and exit the water and then drive past us on it's way to the next lake.
Posted by Buckland at 9:00 PM