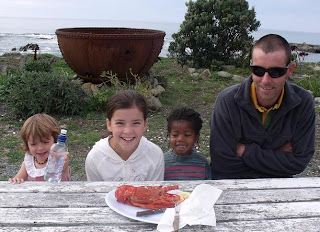 Another thing we had looked forward to in the Kaikokoura area was stopping for crayfish. 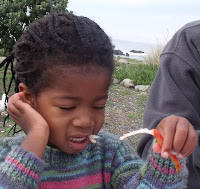 Ruth was the only one of the girls to enjoy it.

And she really did like it. The first photo shows such a serious face but I think she was just concentrating on how to get the flesh out of the leg.

They were all there and ready to chose from. They sell so many every day it's amazing. 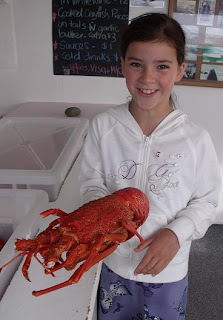 Rachel did at least try it and was happy to pose for a photo. Good memories made - although not as good as the ones I have as a child of choosing a live one from the tank and then cooking it ourselves at my Aunt's home. My Dad always says you must involve as many senses as possible in creating memories and he sure did that for me. I have such clear and wonderful memories of that holiday in Cape Town so many years ago. :-) 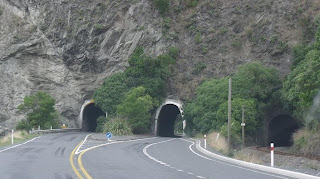 From Kaikoura to were we start heading inland there are many sections where the mountain comes right down to the sea and so the road (which is right next to the sea) goes through small tunnels. Rachel remembered these from our first trip to the North Island in November 2008 but we missed this on the way up on this trip as we traveled further on the inland road.
Hannah absolutely loved it and kept spotting the tunnels for the train (there are many more for the train than the cars). It was so funny because as soon as she would see a tunnel coming up she would say "tunnel - car" and we would say "no" and she would join us in saying "tunnel for the train".

Once we left the coast it got a little boring for the girls. Ruth fell asleep quickly and Hannah spent some time with one of her new birthday presents. These faces are quite typical of her stubbornness when she does not want to look at the camera. She was actually very happy - just not happy to pose. 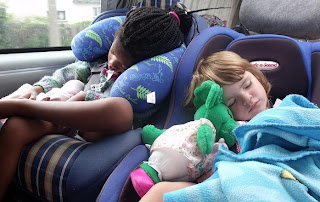 Thankfully Hannah eventually fell asleep to. She had to have Baby Bop and her blanket though. :-) 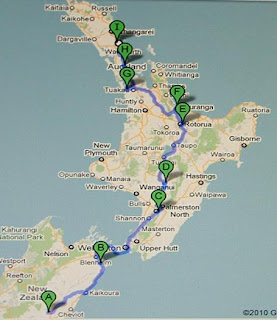 We arrived home around lunch time.
Over the last 23 days we have traveled 3,434km and spent at least 57 hours traveling (not counting the ferry trips). We had 12 places to stay (9 different ones - we doubled up on 3 on our way home). We saw friends that we have not seen for 9 years (with others it's been 3 and 6 and 8 years). We have had the most amazing weather and made wonderful memories. It's been the most incredible holiday I have ever had. 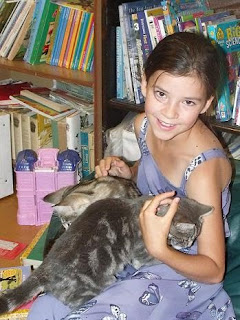 As soon as the car was unpacked Rachel disappeared into the library with her cats. 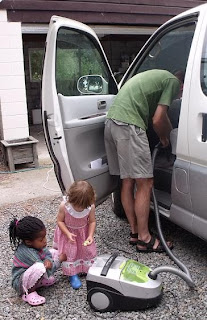 And Brendon got stuck into vacuuming out the car. His logic - it's parked outside to get unpacked so we may as well do the job properly. I think it does show though how relaxed we all are. We were not exhausted getting home as can sometimes happen on holiday. So yes - he is back at work tomorrow - but very well rested. 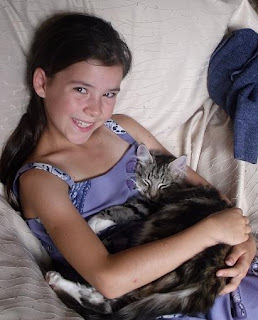 Later I was very pleased to see Tiger on Rachel's lap in his normal position. We knew they would be fed and looked after physically but were a little concerned about them not having the regular company. So we were very thankful to know that Tiger especially is just as affectionate as when we left.
Thank You Lord for a phenomenal 3 weeks.
Posted by Buckland at 6:00 PM

We used to live in New Zealand. I am a kiwi and 4 of our children were born there in the tiny dairy town of Dargaville,which was where we first heard of homeschooling too!