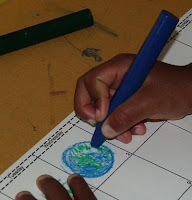 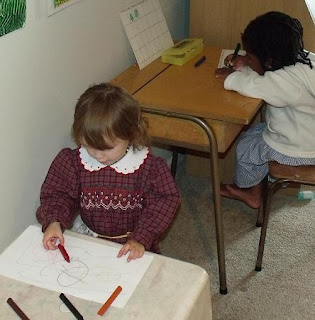 My idea this year was to make one craft item to hang up. Rachel was really disappointed to not be doing the colouring in pictures that she remembers from years ago. So I made them each their own advent calender to draw a picture on for each day. Ruth and Hannah just loved "working at their desks". 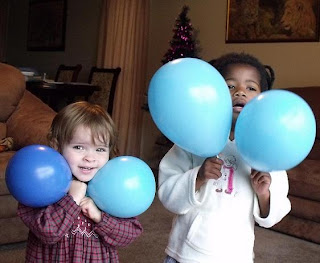 But they did agree that playing with balloons was great fun. 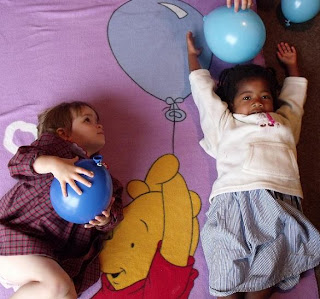 Hannah even noticed that the Pooh blanket has Winnie holding a blue balloon. She was so very excited about this and excitedly showed Dad when he got home too.

The reason for the blue balloons was for our "world" - the first craft for our Jessie tree. We added some green felt "land" and when Hannah came through from her nap she noticed it straight away and spoke about it many times through the evening. I do want to try and include as many of their senses through this learning time as possible. So they eat their chocolates every morning while I read the bible verse and I try to get them involved with the craft idea too. 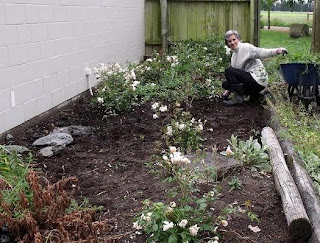 Soon after the younger two were in bed there was a break in the rain so I headed out to get some weeding done. It's been raining since Monday so the ground is so very soft. I managed to do the bed with the lavender outside the girls bedroom as well as getting over half way through this one before the rain came again. It was great to get so much done and I look forward to looking out those windows now and not having to see all the stinging nettles.
Posted by Buckland at 10:46 PM