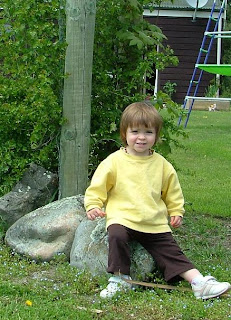 Hannah enjoyed exploring the garden this morning. She found the rock and first checked the moss was not something wet before she sat down. 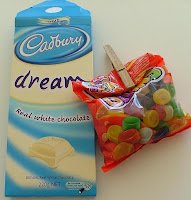 Rachel has remembered her wallet for the last two trips to the local store for milk. So last week she got a slab of chocolate and this week a packet of lollies. She enjoys having something to share with others.

Today we started on our flowers for this weeks creation. 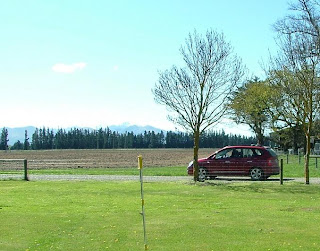 Just as Rachel was finishing her mini book the Landlord arrived asking if Rachel would like to join her and her grandchildren for a trip to the park. So while the little two slept Rachel had a fun time at two local parks (we did not even know about the second one). 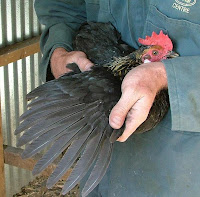 Richard (the Landlords son) stopped past once Brendon was home this afternoon to show him how to clip the chooks wings.

So after a quick lesson Brendon clipped their wings. Garfield had gotten out again this morning - so hopefully this will keep them all in. 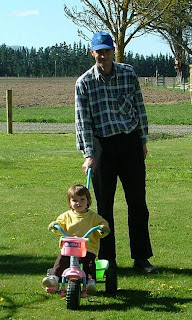 While I prepared dinner (bangers and mash - oh we love pork sausages) Brendon played with the younger two outside (Rachel was not back yet). 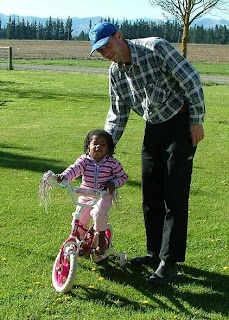 Ruth practiced riding on the patio for a bit and then asked Dad to push her around the garden too. 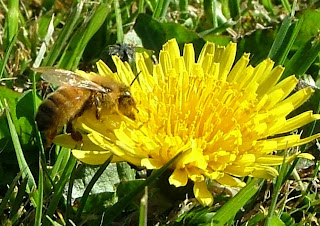 A bit later I saw them on their hands and knees on the lawn. When I came out and asked what they were looking at Ruth told me "when it's hot the bees take the nectar and make honey". It was lovely as we could see the little sacks on their legs - which were rather full already. 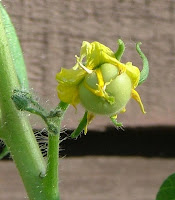 And while taking close up photos I thought I would take one of our first tomato.
Posted by Buckland at 1:50 PM