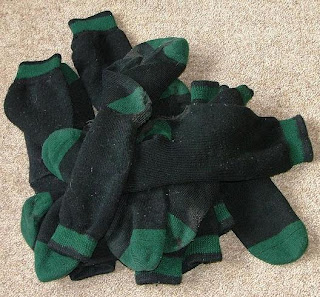 Unfortunately Brendon did not get home as early as he would have liked this morning. He is normally home soon after 10 but it was close to 12 today. The plan was that he and Ruth would bath when he got home - to get her hair washed. So I could not start on her hair and had to find something to keep me busy with. So I found this pile of Brendon's old socks (all with holes in the heels) and decided it was time to change them into sock puppets. So watch this space.... 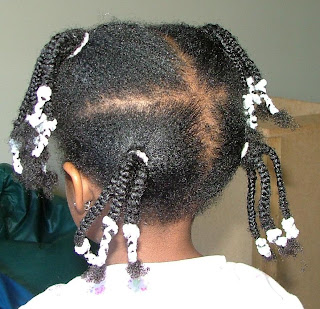 Ruth also said she did not want to have a nap today. So after lunch she had her hair washed and then I got busy with new braids. I decided to try something different that would perhaps take less time. But it still ended up taking 1 1/2 hours. But I suppose that is quick compared to others and we also managed to get it done in one go. 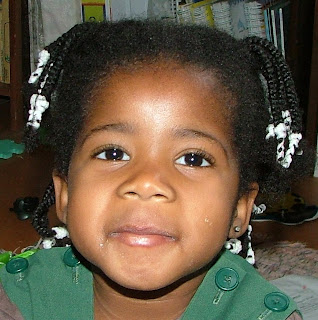 A nice change. Although I don't think it will last as long. I think the longer you take to do the braids the longer they generally last. But these will be much quicker to undo - so perhaps we will alternate between a quicker style and a more time consuming one. 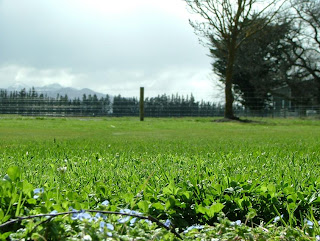 Then it was time to get stuck into the garden. I had tried to get the lawn mowed for Brendon yesterday but the mower would not start. Thankfully it was just a flat battery, so this afternoon Brendon jump started the mower and I could cut the grass. He got some more weeding done in the veggie garden - the much harder of the two jobs.
It only took me an hour which was great. Much less to do than the other house. Spring and Autumn are our grass cutting months, and I know I will be needing to cut this often. It's always a bit tricky the first time as you get to know all the corners. But it's so nice to see a newly cut lawn.
Posted by Buckland at 8:01 AM