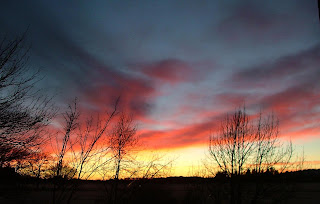 One of the best so far. Just stunning.
Unfortunately I had the worse morning so far. Emotionally I just had the most difficult morning and was very glad when it was over. 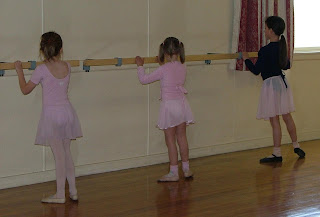 I was so thankful to Brendon who came home early so that I could leave the little two with him while I took Rachel to Ballet. It was good for me to just have an hour's break and it also gave me an opportunity to get a photo of Rachel (and actually enjoy getting to watch the practice). The bar was only put up this week, so they are excited about that (they had been holding onto the backs of chairs up till now). They are practicing for another Grade 1 exam in September. The previous one was IDTA and this one is Cecchetti. 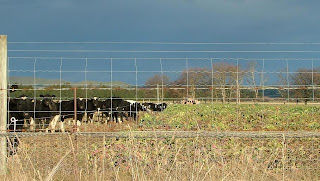 And because I had my camera with I could take a photo of the cows on the farm that we live on. 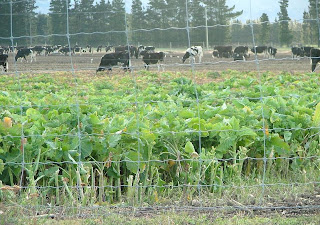 This is the swede. And the cows eat at this in the same way the sheep did on the fields next to our first NZ home. There is an electric fence that is moved every day to give them a little more. They also put straw out for them to eat. 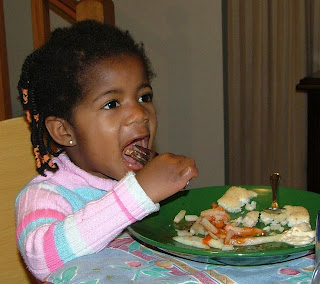 And because I had such a hard day it was oven fish and chips for dinner. Plastic plates don't help the food cool down, so I decided to put Ruth and Hannah's food on "normal" plates. I then realized it would be far easier for Ruth with a big plate (rather than a side plate - less chance of the food falling off) and she though it was so fancy to have a "big plate". She ate so very well. 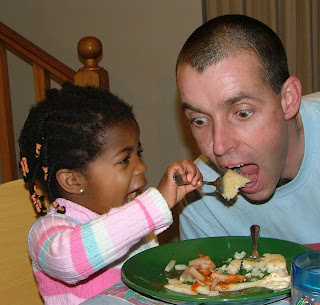 Having some fun with Dad. Just for the photo though - she ate all her food. 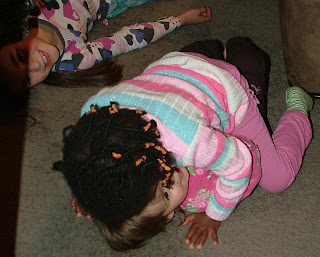 And here is where the new routine starts. Instead of a bath and then their music video, we swapped them around. So the girls had a good romp and run around. 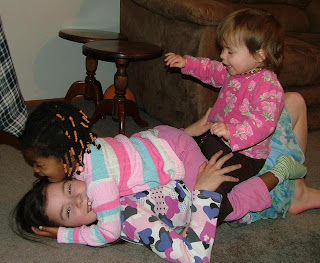 They have so much fun together. 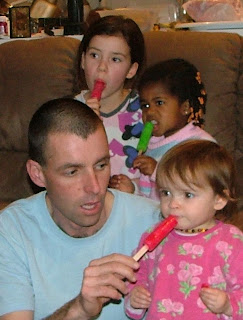 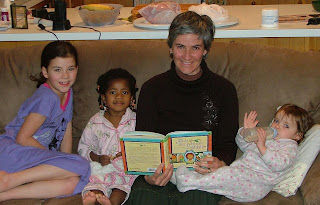 After bath it was Bible Story time. This is the new Bible Ruth got for her birthday. Hannah is waving at Dad. She does not often see him behind the camera. :-)
And please notice that Rachel has gotten so hot at night (with her down duvet still on) that she has swapped to summer pajamas. Also probably because Dad did too within a few nights of moving to our new home. We are so thankful for a warm home. 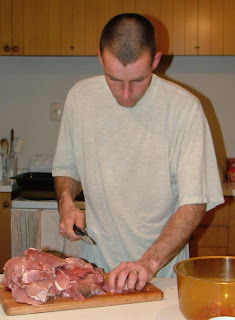 And then my wonderful husband cut up another pork roast for me so that I can cook it up with the last of the veggies tomorrow. This is the part that I really don't enjoy. It just makes the food prep so long. So Brendon has offered to cut any meat up when I need it. So he cut up the lamb for me the other day too.
Posted by Buckland at 7:16 AM

We have the same Bible book for Jude, recommended by my brother. He really enjoys it.